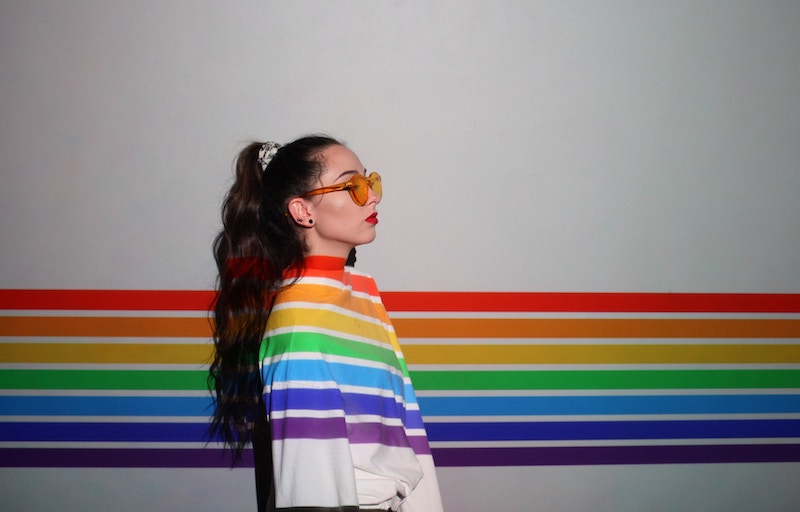 Home / Latest News / Best practice / LGBTQIA+ What do all the letters mean?

LGBTQIA+ What do all the letters mean?

It’s probably fair to say that some of us aren’t exactly sure what all the letters mean, despite our best intentions to be an Ally or our own position within the LGBTQIA+ community.

This article will try to lay out some of the basics but acknowledges that the terms and definitions below are not agreed upon by everyone, have different meanings for different people, and some people have a preference about which terms they use or prefer. This glossary is by no means exhaustive, simply a start. Below, we’ve split up the glossary of terms into sexual identities, gender identities, and other terms.

Meaningful connections are made, and inclusion is created, when you truly listen and make an effort to understand everyone’s differing experiences. Sometimes all it takes is to ask someone what their preferred pronoun is. If you misstep, apologise and ask what you should have said instead. Remain respectful and don’t make assumptions. However, most people really do appreciate it when you make an effort to learn.

A person who is not sexually attracted to anyone.

Attraction to both males and females. Sometimes this term can include attraction to trans and non-binary folks too, although many people prefer the term pansexual as this actively affirms attractions regardless of any gender identity (as we’ll discuss all those terms below).

Attraction to people based on deep, emotional connections.

Same-sex attraction. This term is mainly used by men, but also by some women and non-binary people.

Attraction to people of the opposite sex.

Attraction to people of the same sex. This term has negative connotations, as ‘homosexuality’ was classified as a mental disorder in the DSM Diagnostic and Statistical Manual of Mental Disorders until 1973.

Same-sex attraction to other women, usually used by those who identify as women.

Attraction to people of any gender or sexual identity. As mentioned above, this term is considered to actively affirm attraction to non-binary and trans people. Some may also use the term omnisexual.

People who have sex characteristics that correspond with their gender identity, e.g. a person born with a penis who identifies as male.

Someone who does not identify with any gender, who identifies as between genders or as a combination of genders.

A person who identifies as male, but was assigned female at birth, may use this term to identify themselves. Use of this term is a personal preference for each person.

A person who identifies as female, but was assigned male gender at birth, may use this term to identify themselves. Use of this term is a personal preference for each person.

An Ally is a person who does not identify as LGBTQIA+, who takes a stand against oppression, and commits to learning about and understanding people with differing sexual orientations and/or gender identities.

A term used to describe a variety of conditions in which a person’s reproductive or sexual anatomy does not neatly fit into society’s definition of ‘male’ or ‘female’. It is estimated that 1 in 100 people are born intersex. Intersex characteristics can vary greatly, including genital ambiguity or chromosomal variations. Intersex characteristics may not be detectable at birth. Some intersex people may have been assigned a sex (and typically associated gender) at birth, which they do not identify with later in life.

A pronoun is a linguistic term used to refer to someone in the third person. In English and some other languages, pronouns are associated with gender. Pronouns can often be a source of misgendering, in which the incorrect gender is attributed to a person.

Queer is often used as an umbrella term for a variety of sexual orientations and gender identities. It has become a widely used word for the LGBTQIA+ community, as it doesn’t exclude any acronyms and is easy to remember. The word queer was originally used as a slur, but has been reclaimed by the LGBTQIA+ community. It should be acknowledged that some people still find this term offensive, as is often the case when a slur word is reclaimed by a group.

This is the sex category assigned to babies upon birth, based on the medical model of male and female bodies.

If you’re interested in more terminology, this handout from the Safe Zone Project is super comprehensive.

This glossary has been compiled with the help of training material from the Australian GLBTIQ Multicultural Council (AGMC).

ACON is a community organisation that strives to be a global leader in community health, inclusion and HIV responses for people of diverse sexualities and genders. Services include state-wide counselling, care coordination, substance support, peer education, and health promotion.

QLife provides Australia-wide anonymous, LGBTI peer support and referral for people wanting to talk about a range of issues. Their services are free and include both telephone and webchat support, delivered by trained LGBTI community members across the country.

If this has raised issues for you, remember that UNE offers free counselling to all students – on-campus and online (Monday-Friday 9am-4pm 02 6773 2897.

You can also come and talk to us here at Advocacy & Welfare.
We are a registered member of the Welcome Here Project.
You’re never alone at UNE.