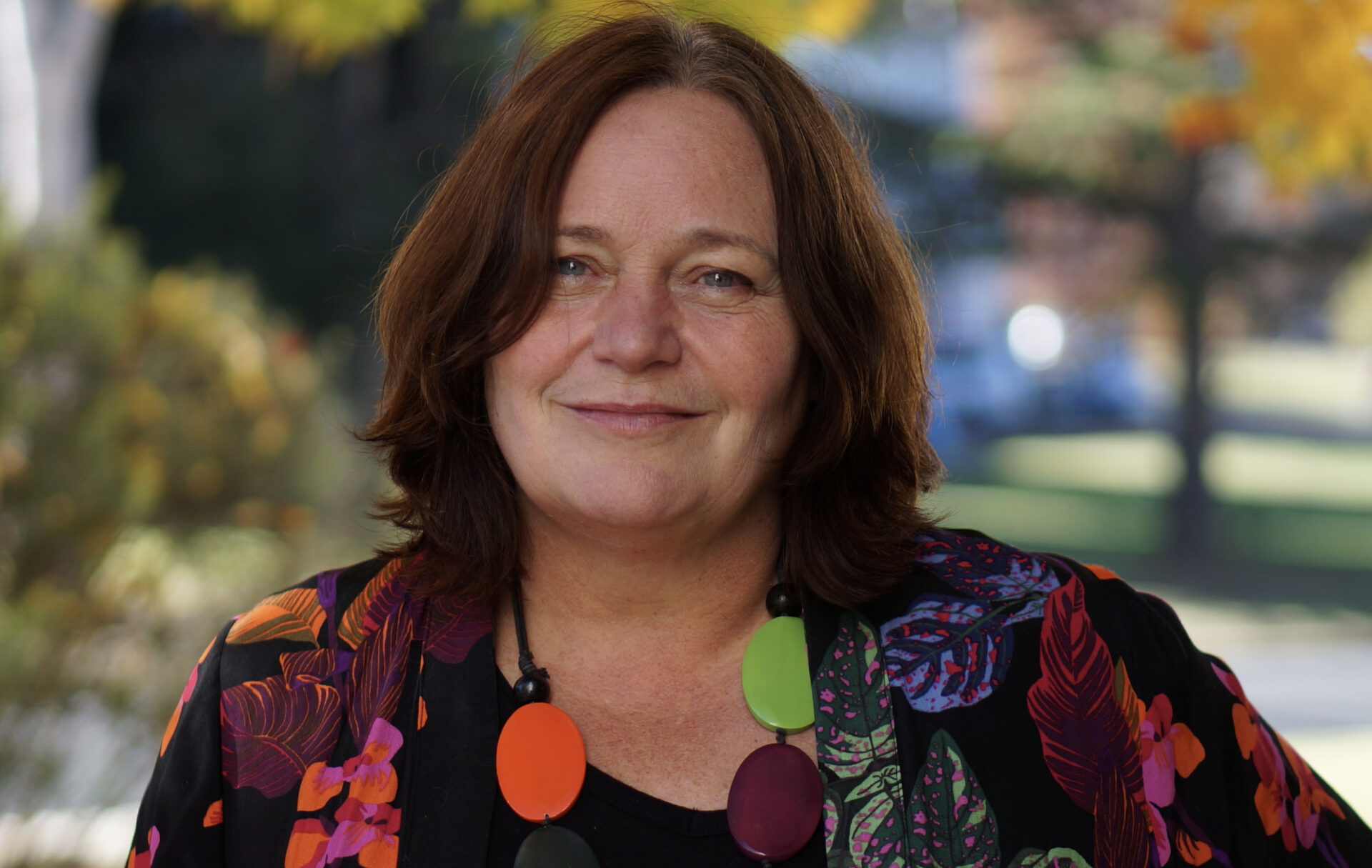 Intersex is a natural variation that some people are born with, but many people know little to nothing about. There’s plenty of misconceptions toward Intersex people who face an array of discrimination and stigmatism in education, healthcare, sport, work and many other settings. However, UNE School of Law lecturer Aileen Kennedy has been advocating for intersex people in Australia with a mission to promote an understanding of the issues that intersex people face.

Aileen is on the Board of Intersex Human Rights Australia (IHRA), an intersex advocacy and support organisation that is deeply involved in providing both information and policy directions on intersex issues. She has also been an advisor to the Australian Human Rights Commission on inquiry into intersex rights in a medical setting and has also been involved in a legal workshop organised by the ACT government which brought together experts from around Australia to comment on the legal implications and processes of different models of legislation toward intersex people’s rights in a medical setting.

We think Aileen’s advocation toward intersex people is extraordinary, and believe it’s a topic that we can all become better versed in. We sat down with Aileen to discuss her research, what intersex is, and how we can support those who may have been discriminated against.

The term “intersex” covers a whole range of biological variations. Can you please explain what this term means?

Intersex people have innate sex characteristics that don’t fit medical norms for female or male bodies. If we think about biological sex characteristics, that includes genes XX or XY: gonads such as uterus and ovaries or testes and genitals such as penis or clitoris and vagina; secondary sex characteristics such as breast development, muscle development, hair growth patterns, and hormone levels, etc. Intersex people have sex characteristics that do not fit the stereotypical male or female blueprint. For example, an intersex person with CAH has XX (female) genes, female gonads but they may have an enlarged clitoris which looks like a penis. Another intersex variation is called 17-β/HSD. People with 17- β/HSD have male chromosomes and male gonads but their genitals do not develop in a male-typical way. They may have a small penis and may have a vagina which is foreshortened. There are about 70 diagnosed intersex conditions and these are just two examples. The key issue is that people with intersex variations have bodies that aren’t typically male or female. Intersex is not a gender or gender identity. If we are talking about gender identity, then we are probably talking about transgender, where a person’s gender does not conform to their biological sex. What connects intersex people is their experiences of unconsented medical interventions, discrimination, and stigma.

How common is an intersex variation?

Estimates vary depending on what variations you include within the definition, but the Human Rights Commission has provided an estimate of 1.7% of the population. It is sometimes said to be as common as red hair. The causes vary, but most intersex conditions have a genetic origin. Intersex variations are always innate, i.e. something that the person is born with.

Why is it that many people have never heard of intersex?

Intersex has, for many decades, been couched in secrecy. Doctors told parents that the best way to ensure their children developed a stable gender was to keep their condition a strict secret – not only from extended family, friends, teachers and so on, but also from intersex people themselves. Many intersex people had medical records hidden or not released to them. Intersex was seen as a very shameful thing, and strongly stigmatized. So it wasn’t talked about, and intersex people were subject to extensive medical interventions to ‘cure’ the defect.

The 26th of October was intersex awareness day which is a landmark day, can you please explain the importance of this event for us?

Intersex Awareness Day is an opportunity to raise people’s knowledge of intersex as a natural variation in human beings and to promote an understanding of the issues that intersex people face. It is also a way of making people aware that intersex people are different from trans people, even though there is a lot of confusion around that. People very often assume that intersex is related to or is the same as transgender.

What’s the history behind the intersex rights movement?

When a child is born with an intersex variation a decision is made about which sex the child should be assigned to. Following that decision, doctors and surgeons perform surgery to make the child’s body look more authentically male or female. This might mean genital surgery to reduce the size of a clitoris, or to construct a vagina. It often includes sterilisation and hormone treatment. The idea is that, if a child’s body looks more male or female, then the child will develop a gender identity which matches the body. These procedures are performed on the basis of parental consent.

Intersex people have identified a range of harms that come from these procedures:

What does the Human Rights Commission have to say about this?

The AHRC recommends that legislation should be introduced to ban deferrable procedures until the person with intersex variations is old enough to consent for themselves. It also recommends that intersex people and, where relevant, their parents are provided with information and contact with people in the intersex community to help them make a decision.

What are some of the struggles that someone who identifies as intersex might face?

Intersex people do not share in common any gender identity or sexual orientation. Instead they share an experience of stigmatisation and discrimination due to their physical characteristics. This can include risks of elimination from the gene pool, and early so-called “normalising” surgeries and hormone treatment designed to make them appear more typically female or male.

People with intersex variations face body shaming and stigmatisation in education, healthcare, sport, work and other settings. Medical education is limited, and awareness of intersex people in biology and sex education at school is often absent.

How can we advocate for someone who has an intersex variation?

Thoughtful inclusion in surveys and forms:

How can we make it easier for someone who identifies as intersex to feel included?

For more than a decade, groups and organisations in Australia have talked about ‘LGBTI’ populations, but people born with variations in sex characteristics – the intersex population – are frequently misrepresented as a gender or sexuality diverse minority. Many organisations have struggled to move beyond mentioning of a definition of intersex to fully consider the implications for including intersex people within their service delivery.

Genuine inclusion goes beyond terminology and definition and considers the health and wellbeing needs, and diversity of people with intersex variations.

Intersex people generally identify with their assigned sex, though there are intersex people who consider themselves to be trans or gender fluid or non-binary. We should be sensitive to the language and pronouns relevant to the individual intersex person, as we are with all people. It should be emphasised that intersex is not about gender identity. Most intersex people are cis-gendered.

Thank you Aileen for the opportunity to discuss this important topic and help raise awareness of these issues that intersex people face. It is so important to keep these conversations going, and to promote inclusivity within our community.

You can learn more about Aileen’s research on intersex people on the UNE blog, and the Human Rights 2021 Report for more on the topic.

You are never alone at UNE.

Our team, are independent Advocates, were here to help you through any study or personal issues.

Student Success has confidential counselling for students, you can find them here.
Lifeline is also a 24/7 hotline and you can call them on 13 11 14