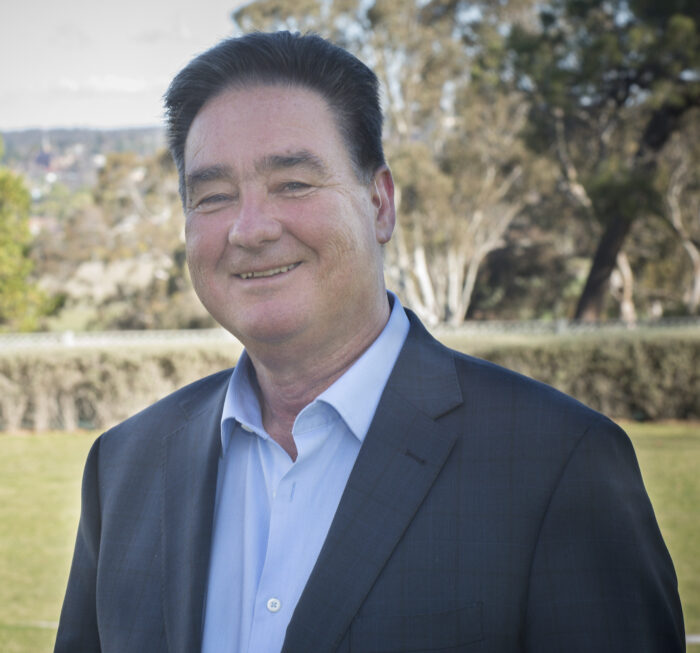 Kevin’s career began working for the Australian Federal Government where he spent 14 years in various roles within economic and socio-economic policy units. He transitioned to the customer-owned banking sector, initially as the National Government Affairs Manager for the sector. Kevin took on the role of Chief Executive Officer for the then New England Credit Union in 2001. Now, some 20 years on, Kevin still holds this position for the organisation which is now known as Regional Australia Bank.

During his time as CEO, Kevin has played an integral role in developing the organisation from a small credit union with only a handful of branches and a small team, to a $2.5 billion high-performance customer-owned bank that has some 40 branches in regional New South Wales from Tenterfield in the northeast through to Moree/Mungindi in the northwest and out to Cobar in the central west to Newcastle on the central coast.

Kevin’s career has also included a range of diverse roles as a director. He has served and continues to serve his community by being involved in organisations such as;

Kevin’s strengths are strategy, courageous leadership, and community engagement. It is with this ethos that Kevin aligns his volunteer work with not-for-profits and community-minded organisations, particularly those that support mental health in regional Australia. Kevin was instrumental in establishing the Armidale-based youth-at-risk program, BackTrack. He actively works to assist organisations such as Suicide Prevention Australia (SPA) to ensure their work is connected to regional areas where it is most needed.