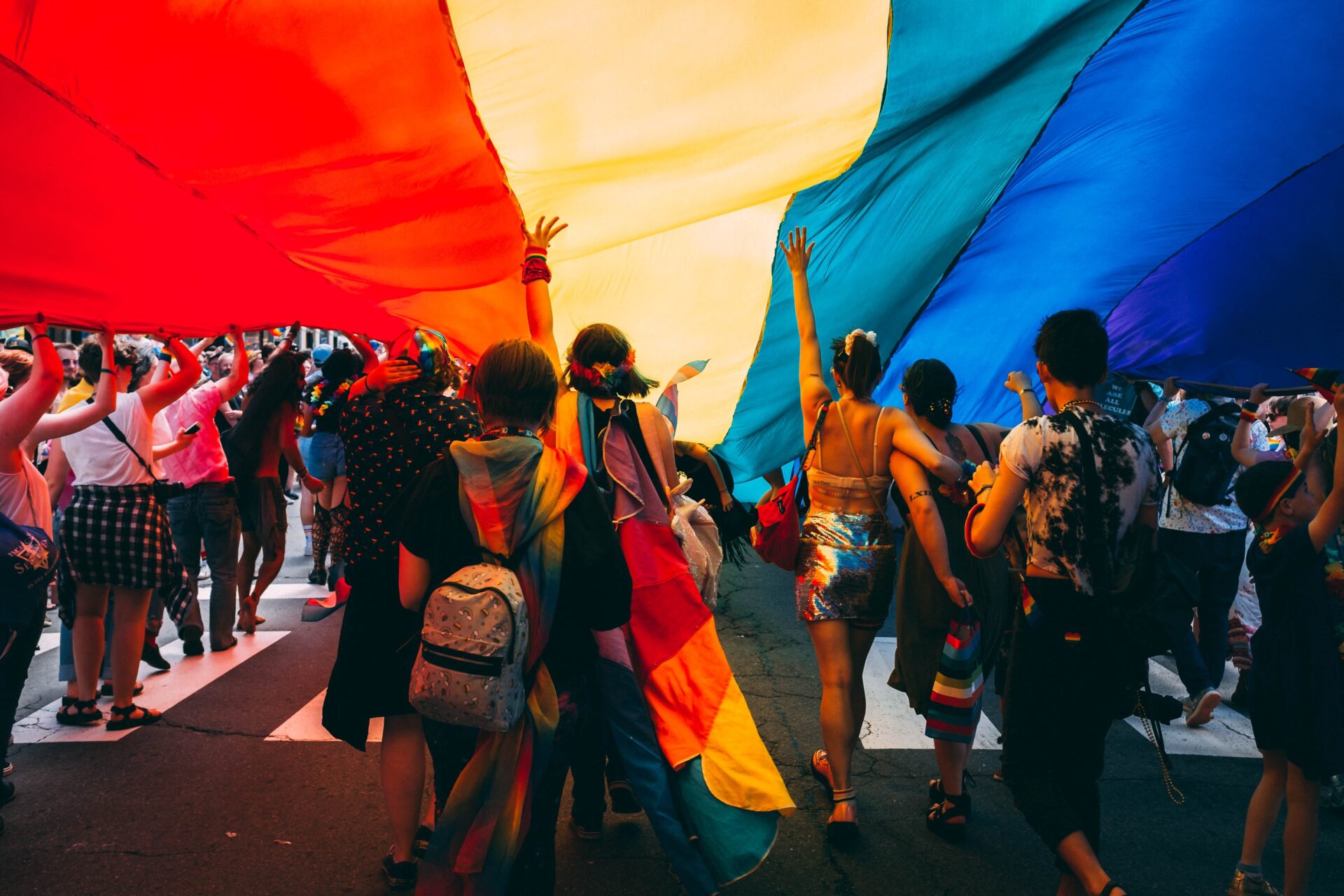 June is National Pride Month, a time to celebrate and support the LGBTQIA+ voices in our communities.

Pride Month is celebrated through protests, drag performances, parades, and parties that pay tribute to the history of LGBTQIA+ rights and liberation. Pride Month is an important event in our annual calendar because it promotes inclusivity, provides a national stage for Pride visibility, and encourages people from any background to learn more about LGBTQIA+ people and the issues they face today.

Read on to find out where Pride month originated from, and how you can celebrate!

We celebrate Pride month in June because of an event that happened on this very month in 1969. On June 28, 1969, New York police raided a popular gay bar called the Stonewall Inn. It was a common occurrence for police to raid the Stonewall Inn, however, this time patrons chose to fight back which ignited riots throughout the streets of New York. These riots, which involved various LGBTQIA+ members, went on for days and became a catalyst for queer activism. In June 1970, the first large-scale Pride march in New York took place. The Christopher Street Liberation Day March gave a platform to LGBTQIA+ members to protest queer rights and raise awareness of homophobia.

On June 24, 1978, the first Pride March in Australia took place in Sydney! A day of events was organised by a small group of gay and lesbian people operating as the Gay Solidarity Group. The event was aimed at promoting gay and lesbian culture and encouraging political activism against the discrimination they routinely experienced

Nine years after the Stonewall Riots, a symbol was created to signify queer pride… the rainbow flag! The flag was created by gay artist and drag queen Gilbert Baker in 1978 as a way for gay people to signify their pride within the community, and later became the symbol for the LGBTQIA+ community.

A cool fact we found is that each colour in the flag has its own meaning! Red symbolises life, orange means healing, yellow signifies sunshine, green symbolises nature, blue equals harmony, and purple signifies spirit.

How you can celebrate

There are many different ways you can celebrate Pride Month wherever you are in Australia! Here’s a few ways you can show your support:

Pride Month is also an important time for allies to reflect on their behaviours within the LGBTQIA+ community, and to also reflect on the progress yet to be made. Keep an eye out for more information about a new initiative at UNE called The UNE Allyship Network! The network is working to encourage LGBTQIA+ support within the UNE community and to members feel supported and free to contribute their best, regardless of gender, sex characteristics, or sexual orientation. The network aims to help to create a welcoming, safe and supportive environment for everyone who is lesbian, gay, bisexual, transgender, intersex, or queer.

There are LGBTQIA+ support services at UNE , check out the social post below for more

The team at Advocacy and Welfare offers confidential support to students! Contact them here.
Student Success also has confidential counseling for students, you can find them here.
Lifeline is also a 24/7 hotline and you can call them on 13 11 14

Can art help your mental health?