It’s time for another UNE Sci-Flicks event! Hosted at Belgrave Cinema, the next movie takes audiences into the hi-tech dystopian world of RoboCop followed by a discussion from UNE computer science lecturer Dr. Edmund Sadgrove!

RoboCop is a sci-fi action satire film from 1987, the film is set in dystopic and crime-ridden Detroit where a terminally wounded cop returns to the force as a powerful cyborg haunted by submerged memories.

In the lead-up to the event, we spoke with Dr. Sadgrove about some of the themes you’ll notice in the movie and his insight into artificial intelligence (AI) and machine learning!

Why is RoboCop a movie for scientific discussion?

RoboCop appears to be a running commentary on many of the ethical issues associated with technology and its role in society. It depicts many aspects of AI in popular media, including transhumanism (cyborg) and regular digital robotics.

The movie depicts a scenario in which real human emotions are tested against robotic inference, where the main character battles to rediscover his own humanity while fighting programmable procedures.

When we consider the role of robotics, we consider something that was designed for a well defined purpose, a procedural task. Humans on the other hand have developed through a long process of natural selection toward the prolonging of our own species. Electronic and synthetic artificial intelligence does not require the establishment of thought governing quality of life and in a broader sense the value of life and love. This raises many ethical questions that ought to be considered in the development of research governing an artificial or enhanced intellect.

What are some of the themes highlighted in the movie that relate to your research and interests?

My research covers both the broader areas of machine learning (ML) and the specialised area of computer vision (CV). There are many aspects of this depicted in the film. This includes the automation of movement, behavioural procedures and general decision making. A key aspect of decision making in an environment is the ability to recognise patterns and detect objects. This can be used for object tracking weaponry and interaction with an environment model. In machine learning data is everything, if you have the right data you should be able to make any decision. Sensory perception then becomes a key aspect of machine learning while obtaining the right data. Human decision making uses a number of senses, these can be utilised for both comprehension and contextual understanding. In computer vision we are experimenting with both spectral and video (RGB) data, using algorithms such as those for reinforcement learning (a rewards based system). With this we can both choose useful data and enable complex decision making. Another aspect of automated robotics is the simulation and generation of synthetic data and environments. Keeping an internal model is a key part of augmented reality, this is depicted in the movie through cross hair placement and data overlays. 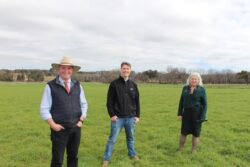 Do you think it would be possible in the future to enable humans enhanced motor and sensory capabilities? Or are we closer to that than we think?

Although this is not a specific area of my research, current research into implantable neurotechnologies are showing some promise. Intelligent (ML) implantable technologies is still a relatively new research area, but it is easy to see the potential for enhancing and prolonging an individuals quality of life. Examples of this already include the cochlear implant, pace makers and experiments with implantables for the restoration of site. The ability to provide data for the assistance of analytical decision making and then augment our own reality may be a real possibility. Whether this becomes an external or internal device may fall on the individuals preference and the advantages when considering both approaches. Adjusting to augmented reality may be seamless when it is processed internally for example.

They say that advancements in technology create as many jobs as they replace. Perhaps a thought worth considering is the hubris in assuming that the technology we have developed in the past fifty to one-hundred years is more comprehensive than our own billion years of evolution. That is not to say that advancements are not possible nor is this an attempt at pessimism, but to say that we will develop an intellect that surpasses our own and therefore replaces us, maybe further away than we are prepared to consider or impossible given the limitations of our own intellect.  Again, that is not to say that we won’t develop artificial life that is unrecognisable from our own, but it may be worth considering more about the reason why we invent. Artificial intelligence, much like the pocket watch, was a tool made to enhance our quality of life. If it is programmed to oppress us, it will, if it is programmed to help us, it will do that too. Abstract reasoning outside of its limited programming, would not be possible without procedures designed to mimic carefree decision making. Perhaps, in this scenario, AI’s usefulness may deplete with the development of human-like reasoning. It will be interesting to see how the field of AI progresses, but I think what is evident right now is its ability to enhance our quality of life.

A better way to look at it is AI as a tool and not an adversary – and we should be careful not to stagnate progress through sensationalised depictions of its reality. With that said, there are defintiely areas where ethics will need to play a part, as already discussed.

What ignited your interest in machine learning and artificial intelligence?

My interests were ignited by movies like RoboCop, the genre of science fiction in general, and a broad interest in problem solving. Finding the right data, programming optimal data structures, and extracting useful information for decision making can be an interesting process. The development of algorithms is often centred around the solving of a puzzle, that is given the input data and output criteria in complex decision making. There is also the more abstract area in the ability to make something that replicates human reasoning and movement. This, I think, relates more to the usability of the system. Just as with desktop computers, we have a preference for graphical user interfaces that match the way we perceive reality, so too humanoid robotics match our preference for human interaction. As a side, my work is primarily focused in software engineering (programming), but the mechanical and electrical aspects of an AI system are also of interest. I am hoping to move more readily into this area as funding allows.

What is your favourite fact from your research in machine learning?

This is something I have mentioned already, but given the right stimuli, you can program a robot to do anything, the process of improving AI may be a process of finding the optimal data and rewards based system to optimise results. Incorporating the right sensory input devices and allowing a machine learning algorithm, such as in reinforcement learning (a rewards based system), to determine both what training data it uses and how it uses that data has a great potential in both abstract and analytical reasoning. At UNE, we also explore the use of synthetic generated data to express both an environmental model and individual object types. Generated data based on an understanding of what an object should look like, or broadly in machine learning, the ability to perceive data it hasn’t observed yet, gives an artificial intellect the ability to “think” or “imagine” a scenario and reason beyond its training data.

Check out TuneFM’s podcast with Dr Sadgrove to learn more about his research! 👆

That’s some seriously interesting stuff! Thank you Dr. Sadgrove for sharing your time and interest in AI and machine learning with us. We’re so excited to learn more about your research and relevant themes in RoboCop at Sci-Flicks this week!

Make sure to come along Wednesday 25 May 2022 to the screening of RoboCop at Belgrave Cinema!
Edmund will be there afterward to discuss the various themes of the movie and answer any questions you have.
Grab your tickets now!

Can art help your mental health?