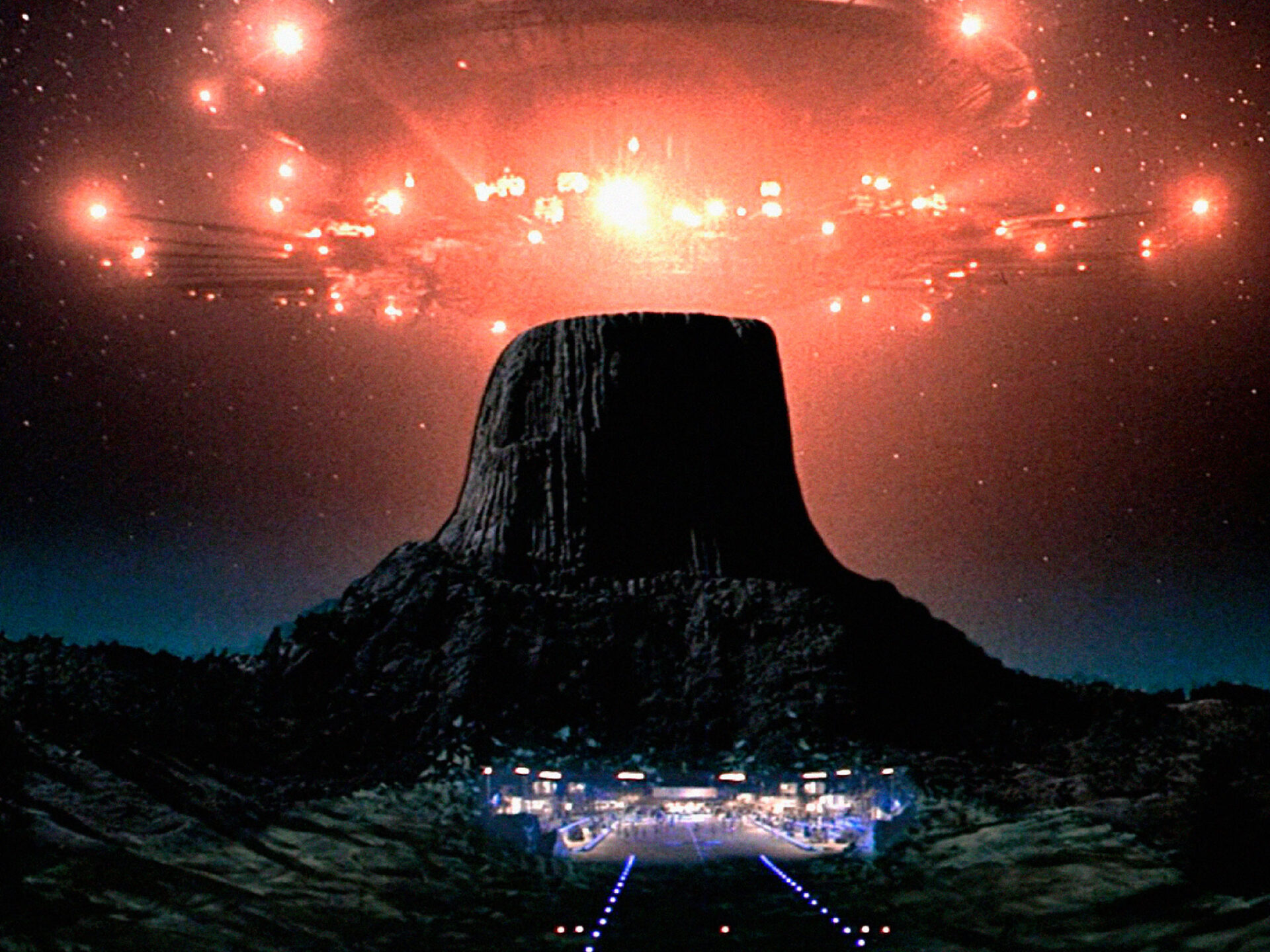 Home / Latest News / Interview / Is there life outside the universe? Sci-Flicks chat with Dr Stephen Bosi

It’s time for another UNE Sci-Flicks event! Hosted at Belgrave Cinema, the next movie takes audiences on a curious journey of UFO hysteria with Steven Speilberg’s, Close Encounters of the Third Kind followed by a discussion from UNE physicist and astronomy guru Dr. Stephen Bosi!

Close Encounters of the Third Kind is a science fiction movie written and directed by Steven Speilberg that follows the story of a blue-collared worker from Indiana whose life changes after he sees an unidentified flying object in the sky.

In the lead-up to the event, we spoke with Dr. Bosi about some of the themes you’ll notice in the movie, an upcoming event budding astronomers will want to know about, and whether or not he believes there is life outside of our universe…!

Why Close Encounters of the Third Kind as a movie for scientific discussion?

Because I’m a science geek, I think any movie is a good excuse for a scientific discussion. But obviously, a movie that rams right up against the issues of space travel, time-shifting (remember the young-looking World War II pilots), astrobiology, non-human intelligence, control over another organism’s mind (some parasites do this routinely on Earth), impressive non-computer graphics AND giant music synthesisers, has got to raise a few good (and bad) scientific questions.

There were also a lot of things that annoyed me about the film, but sometimes that can help build the discussion following the movie.

As a physicist, where does your research relate to themes within the movie?

I’ll confess, it doesn’t relate all that much to my serious research. I’m not really an astrophysicist – just an enthusiastic amateur who has been lucky enough to work with a couple of real astrophysicists and teach some astronomy. My research background was originally condensed matter physics (superconductor crystals, their electronic and magnetic properties), then I moved on to solar energy, biological optics, and medical physics. 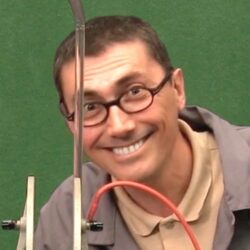 Do you believe there is life outside of our universe?

I most definitely believe there is life and even intelligent life elsewhere in the universe. If the laws of physics and chemistry can allow biology to emerge here, then given enough planets around enough stars in enough galaxies, baked for enough time, then why wouldn’t life arise elsewhere? The Earth isn’t that special. That’s not a new argument. I suspect most scientists believe that much.

Do I think that any other intelligence has ever visited the Earth? Almost certainly not**. I suspect most scientists believe that much too.  I hold a faint hope that one day we will detect signals from a distant intelligence, but that’s probably the best we can do.

Physicists can think of thousands of reasons why no two intelligence’s sufficiently advanced to travel the enormous distances involved could have existed long enough to overlap in time to allow for possible face-to-face contact. The laws of physics impose an ultimate speed limit – the speed of light. So any trip is going to take a very long time. Accelerating close enough to the speed of light (the universal speed limit) would take an outrageously large amount of energy, which you have to find ready-made – you can’t just create it from nothing.

**But… I am crossing my fingers behind my back when I say other intelligence hasn’t visited earth… Science has many times uncovered unexpected new phenomena that completely overturned all expectations. Before the discovery of nuclear reactions near the end of the 19th century by Becquerel, eminent physicists estimated the upper limit of the lifetime of the Sun to be a few million years before it would cool down and die. Geologists knew better because they calculated that the formation rates of stone implied the Earth was very much older than that. Maybe there will be ways in the future to tap into some yet to be discovered an enormous well of energy allowing us to twist spacetime into Einstein–Rosen wormholes that allow a shortcut across vast distances in space.

The internet houses plenty of homemade videos featuring unidentified flying objects in the sky – before we jump to the conclusion that it’s aliens… are there other astronomical events we should consider?

I won’t list all the usual alternative explanations for UFO sightings. They’re mostly all those boring ones you’ve heard before, but with a couple of interesting variations on mirages. As a scientist, of course, I find the truth exciting. But I have to concede that sometimes the truth is more boring than wild speculation which is why wild speculation gets better coverage on YouTube.

I guess the most exciting astronomical phenomenon that often gets mistaken for alien spacecraft are fireballs (unusually bright meteors), such as the one that exploded mid-air over Chelyabinsk in Russia in 2013. And, I once saw a spectacular green fireball while cycling home from work – that was cool!

Can you tell us about the fascinating units you teach that might interest budding astrophysicists?

I teach two sister units Astronomy and Astrophysics ASTY221 and Topics in Advanced Physical Sciences PHYS208. PHYS208 shares half of its syllabus with ASTY221.

In both units, I teach how different kinds of telescopes and astronomical apparatus work, how stars and planets form, how stars (including our Sun) live and die, and cosmology – the study of the origin (Big Bang) and the fate of the whole expanding universe.

In ASTY221 I also teach about the history of astronomy from ancient times to now, including the development of the modern calendar.

In PHYS208, I leave out most of the history but I include orbital mechanics (how gravity works in natural and artificial satellites), Einstein’s special relativity, and stellar nuclear physics.

See Dr. Bosi in action discussing quantum physics at a past Science in the Club event below!

We hear you’re hosting an event with the Tamworth Regional Astronomy Club – can you tell us a little about the event?

In the last week of October 2022, the Tamworth Regional Astronomy Club (TRAC) will be offering the Tamworth Astronomy Experience, a 5 day/night field trip to TRAC where you get to be involved in astronomical observing, hands-on workshops on astronomical skills, talks, images and so much more, plus special guests. There will also be a coach tour to the (sort of) nearby Siding Spring Observatory, near Coonabarabran.

I’ll be one of the less-special guests. I’ll be there as a kind of astronomical DJ, doing Q&A, etc. The exact dates will be announced soon and the cost is $2200, which also entitles you to one-year free membership of TRAC and a good discount if you decide you want to come back next year. The numbers will be limited to 20 guests, so get in early and keep your eyes peeled on the TRAC website!

Finally, what is your favourite astronomy fact?

Oooooooh that’s tough. There’s so much. But here’s one to blow your mind (and I did not expect it when I was first told so). We always tell students that energy is conserved – you cannot create nor destroy energy because the total energy of the universe is constant. On the scale of a galaxy that’s close enough to being true, but… on a cosmic scale, it seems that the energy in the universe is not constant. If the current theory of dark energy is correct, each cubic metre of space has a fixed amount of dark energy embedded in it. Therefore as space expands, the total amount of dark energy in the universe is increasing over time.

That’s some out-of-this-world food for thought! Thank you Dr. Bosi for sharing your time and interest in astrophysics with us. We’re so excited to learn more about your research and relevant themes in Close Encounters of the Third Kind at Sci-Flicks this weekend!

For more on Dr. Bosi’s research, check out some of the links below!

Teaching videos with a couple of friends at UNE:

Make sure to come along Thursday 28 April 2022 to the screening of Close Encounters of the Third Kind.
Chris will be there afterward to discuss the various themes of the movie and answer any questions you have.
Grab your tickets now!