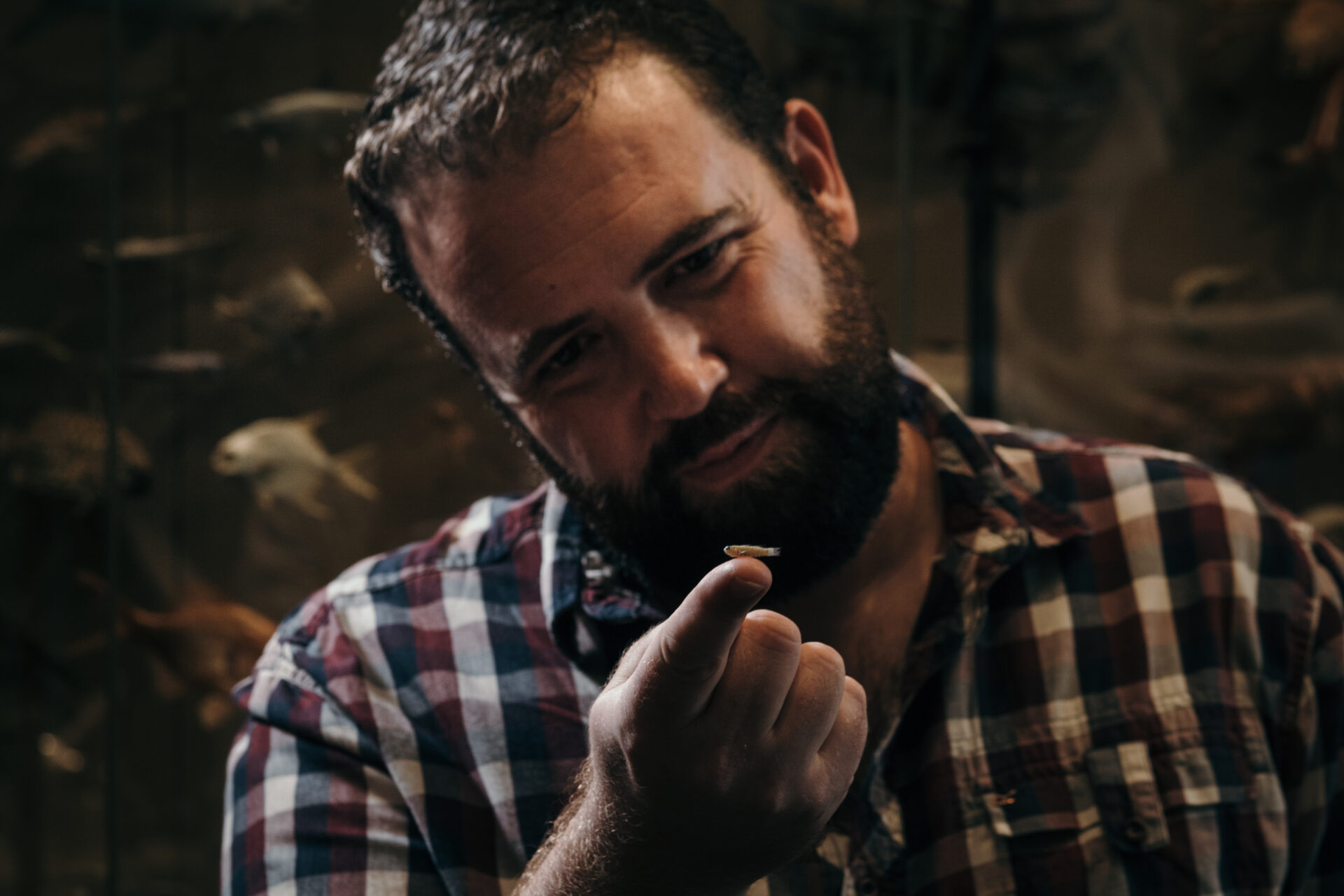 Haaaave you heard about UNE Sci-Flicks?… The event series that links a movie featuring scientific themes with research that is happening here at UNE!

Hosted at Belgrave Cinema, the next movie in the event series will be the much-loved animation Finding Nemo with a discussion from marine biologist and Postdoctoral Research Fellow from the UNE School of Environmental and Rural Science, Dr. Christopher Goatley!

Finding Nemo is an animated Walt Disney movie that follows Marlin the clownfish as he embarks on a journey to find his son who had been abducted from the Great Barrier Reef.

In the lead-up to the event, we spoke with Dr. Goatley about some of the themes you’ll notice in the movie and some awesome facts about the tiny fish he studies!

Why Finding Nemo as a movie for discussion? Do you think the film helps people (especially children) have a stronger relationship with the ocean?

Definitely. The story and animation of the film really highlight the diversity of marine habitats and the animals that live on them. Whether you’re interested in coral reefs or the deep sea, sharks or turtles, Finding Nemo has something for you. Thinking about marine biology-related films, very few come as close to capturing the magic of marine ecosystems as Finding Nemo does.

You also have to remember that, at 19 years old, this film is getting on a bit now. It was released in the years following BBC’s The Blue Planet (a truly ground-breaking documentary series), but the film is still as vibrant and entertaining as it was on release.

Does the marine biology check out in the film?

I actually work with one of the scientists who advised on Finding Nemo, so I can’t be too scathing! Honestly though, with a few slight exceptions, the film is pretty good. The main issue is that clownfish (the species represented by Nemo and his father Marlin) display some incredible reproductive behaviour and biology.

First, while clownfish do carefully guard their eggs, once they hatch, the tiny larvae wash out to sea and spend around two weeks in the plankton before settling back on the reef. They usually avoid settling on anemones with their direct family to avoid inbreeding but can settle nearby.

Second, while clownfish live in family groups in an anemone (like in the movie), the family is made up of a group of males led by a single dominant female. She is the boss of the anemone and will defend it from intruders (one of my friends even has a scar on her finger from being bitten by a female clownfish defending its territory!). If this female is removed (or eaten), the largest male in the anemone will change sex over a few weeks and become the new dominant female. So when Coral (Nemo’s mum) disappears at the beginning of the film, Marlin (Nemo’s dad) would begin to eat more and grow. By the time they reached Nemo in Sydney, Marlin would be well on the way to being Nemo’s mum, allowing Nemo to rapidly mature into adulthood (and all that entails…).

Your research is primarily focused on tiny coral reef fish – a.k.a cryptobenthic reef fishes, how important are these organisms to our coral reefs?

Cryptobenthic reef fishes (Cryptos) are tiny (less than 5cm long as adults) but really abundant on coral reefs. Often we find more than 30 of these tiny fish in a square metre. They live really short lives on the reef, with some species only living two months before getting eaten by predators.

To maintain their abundance in the face of such high predation rates, they have very effective reproductive behaviour, allowing many more larvae to return to the reef than usual for bigger fishes. Basically, it’s raining babies on the reef.

Together, the abundance, short lifespans, and rapid reproduction mean that there is a constant supply of tiny fish available for predators to eat on coral reefs. These little fish act as the foundations of food webs that support the fishes that we like to eat. In fact, up to 70% of the weight of all of the fish eaten on coral reefs comes from these tiny fish that may only weigh a thousandth of a gram each.

Find out more about Chris’s research on tiny fish in his TEDTalk!

As their names suggest, tiny coral reef fish are remarkably small! How are you able to study their behaviours within reef habitats?

With great difficulty! Many cryptos spend their whole lives hidden away in nooks and crannies in the reef, so you can’t really observe their behaviours. Instead, we rely on other information to determine information about these fishes. We can use morphology (the shapes of specific features such as jaws or teeth) to predict what the fish are capable of doing, or we can use new DNA techniques to detect their presence or what they’ve been eating. Every new question poses new challenges—lots of scientific fun!

If they were to make a Finding Nemo sequel starring cryptobenthic reef fish… what might that film look like?

It would likely be more like a horror movie. Most cryptos live in dark, enclosed habitats inside the reef itself. They spend their lives avoiding being eaten by predators or bitten by parasites that are relatively large compared to their small body sizes (imagine if cats wanted to suck your blood!). The main characters would be trying to avoid all these horrible things while caring for a clutch of eggs. The babies would then start the whole terrifying process all over again after hatching. Pretty bleak! 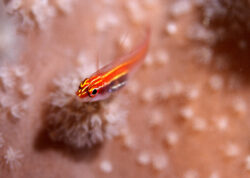 Before you go, what is your favourite marine fact?

Oof, good question. Probably that the average depth of the ocean is almost 4,000m, and our maps of the surface of Mars are far better than those of the ocean floor.

Thank you so much for your time Dr Goatley! We’re so excited to learn more about your research and relevant themes in Finding Nemo at Sci-Flicks this weekend!

Make sure to come along Saturday 26 March 2022 to the screening of Finding Nemo.
Chris will be there afterward to discuss the various themes of the movie and answer any questions you have.
Grab your tickets now!