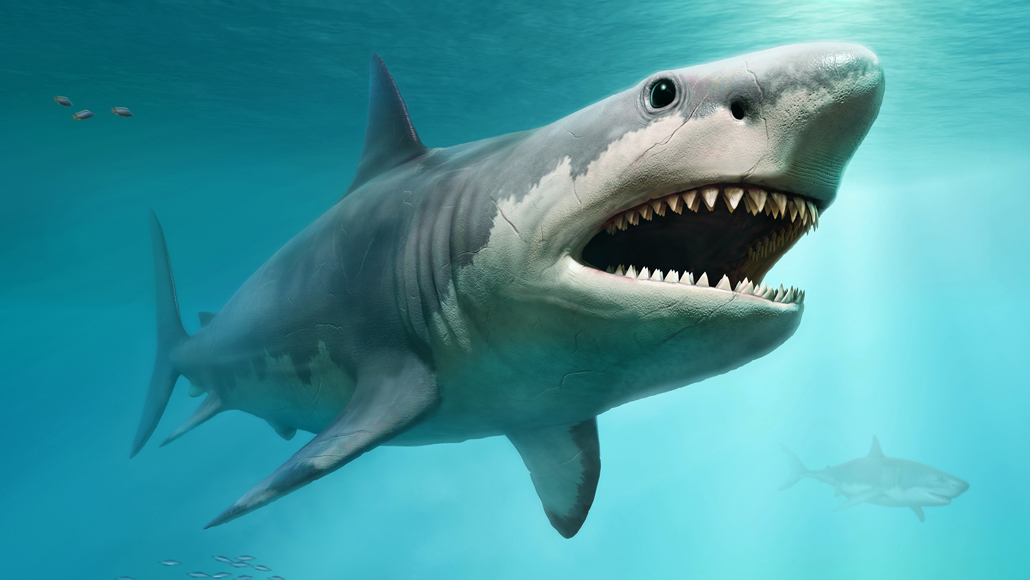 Diving teeth first: The history of the Megalodon with Dr Nic Campione

Sci-Flicks is an event series that links a movie featuring scientific themes with research that is happening here at UNE! Not only are the events an opportunity to watch some of your favourite sci-fi movies on the big screen, but they also provide a chance to myth-bust the themes in the film with an expert in the field.

One movie which we have been dying to sink our teeth into is The Meg. The movie follows an oceanographer and deep-sea rescue diver as they attempt to save a deep-sea submersible which has become trapped at the bottom of the Pacific Ocean after being attacked by a prehistoric shark known as the Megalodon.

Although this movie is primarily screened for entertainment purposes, The Meg prompts viewers towards some interesting questions about the history of the Megalodon and what could be lurking in the deep-dark depths of our oceans.

Dr Campione’s research at UNE spans from dinosaurs to the anatomy and evolution of different animals, including shark evolution, and so who better to quiz about the Megalodon in the lead up to the event!

What is a Megalodon, and when did it exist?

The megalodon was the largest fish! Although, there is some discussion about its taxonomy, megalodon is the popular name given to the shark species Otodus megalodon, a gigantic, apex-predatory shark that lived all over the world. By far most of the fossils are from the Miocene Epoch, a period of time roughly 23 to 5.3 million years ago. However, some similar -looking fossil teeth suggest it may have survived until 2.6 million years ago, the end of the Pliocene Epoch, which is a period of time that followed the Miocene, roughly 2.6 to 5.3 million years ago.

How does the Megalodon size up compared to current day species?

The conservative length estimates of megalodon range between 14.5 and 18.7 metres, whilst higher estimates propose it may have reached up to 25 m in length. By contrast, large white sharks are about 5.5 metres, whale sharks can reach about 10 metres, and blue Wales, the largest animal to have ever lived, can reach over 30 metres in length.

What did the Megalodon eat?

Interpreting the diets of fossil animals is admittedly quite a challenge. Luckily for us, almost everything we know about megalodon is from its teeth, as very little of its cartilaginous skeleton has been found. It should surprise no one that tooth shape is in part related to diet, teeth after all are one of the main interaction points between an animal and its food. With that in mind, megalodon teeth are very triangular, serrated, not particularly pointed, and very robust. These features suggest a tooth capable of crushing bones and cutting flesh, and good for larger prey such as whales. Incidentally, the Miocene saw the origin of many types of whales, and almost all of them have examples of large tooth marks, likely produced by megalodon. Of course, like many sharks today, megalodon may not have been particularly selective and likely fed on anything that it could catch. However, its size alone suggests that larger prey would have been its preference.

What have fossils of a Megalodon informed us about the earth’s oceans?

They reveal to us how dynamic life on earth has been, and how different the past was from today. Even sharks, which are often thought to have existed unchanged for 100s of millions of years, have a rich and diverse fossil record. Depending on the ages of the rocks you are exploring, you will almost certainly find sharks, but the kinds of sharks will differ depending on the age. It also demonstrates to us how fragile even seemingly imposing organisms, like megalodon, can be. Species are not forever.

Movies like The Meg invite viewers to wonder if these long extinct forms still exist, and what our world would be like if they did. Do you think there is more to these movies than the ‘fear factor’ they ignite in viewers?

Movies such as The Meg are just meant to entertain, and we should not be educating ourselves from them, but enjoying them for what they are. Once in a blue moon, a movie may inspire a generation to pursue a particular field of research, Jurassic Park certainly succeeding in doing that. Perhaps movies like Inception will do the same for astrophysics. However, that requires a particular initiative from directors and producers to educate themselves about a particular topic. I doubt The Meg will inspire anyone…but it’s still fun to watch.

What part of our unexplored oceans excites you?

The deep sea fascinates me. I know little about it but trying to conceptualise the depths of our oceans fills me with the same level of overwhelming awe as considering the vastness of the universe. I am sure there are many exceptional beasts that we are yet to discover at these great depths, each with absurd adaptations for living in these most inhospitable environments. However, I am quite confident that megalodon will not be one of them.

What are some of the questions you’d like viewers to consider when viewing the movie?

Let us suppose that a population of megalodon was rediscovered at great depths, as the movie suggests. It would mean that it has been there for at least the past 2.6 million years. During this time, they would have eaten what they could, mated, reproduced, died, and so on. Tens of thousands of generations would have passed between then and now. Do you think ‘The Meg’ would look like it did back in the Miocene?

If you liked reading this, you’re also going to LOVE the new Podcast that Tune!FM produced for Sciflicks – check it out!

Many thanks to Dr Campione for lending us his time to discuss the history of the megalodon and easing any fears of encountering a megalodon at the beach this summer. 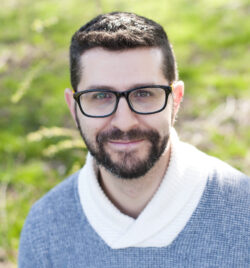 About Dr Campione: Nic Campione is a vertebrate palaeobiologist whose research combines traditional field-based palaeontological research with quantitative techniques to explore biology in the fossil record. To date, his research has contributed new knowledge on the nature and evolution of dinosaur body size, the origin of feathers in dinosaurs, and dinosaur diversity in Canada and Australia. Although dinosaurs continue to drive much of Nic’s research, his research group at UNE studies the anatomy and evolution of different animals, with notable contributions to our understanding of shark evolution from the Mesozoic to today.

Make sure to come along Thursday 4 November 2021 to the screening of The Meg at Belgrave Cinema.
Dr Campione will be there afterward to discuss the various themes of the movie and answer any questions you have.
Grab your tickets now!