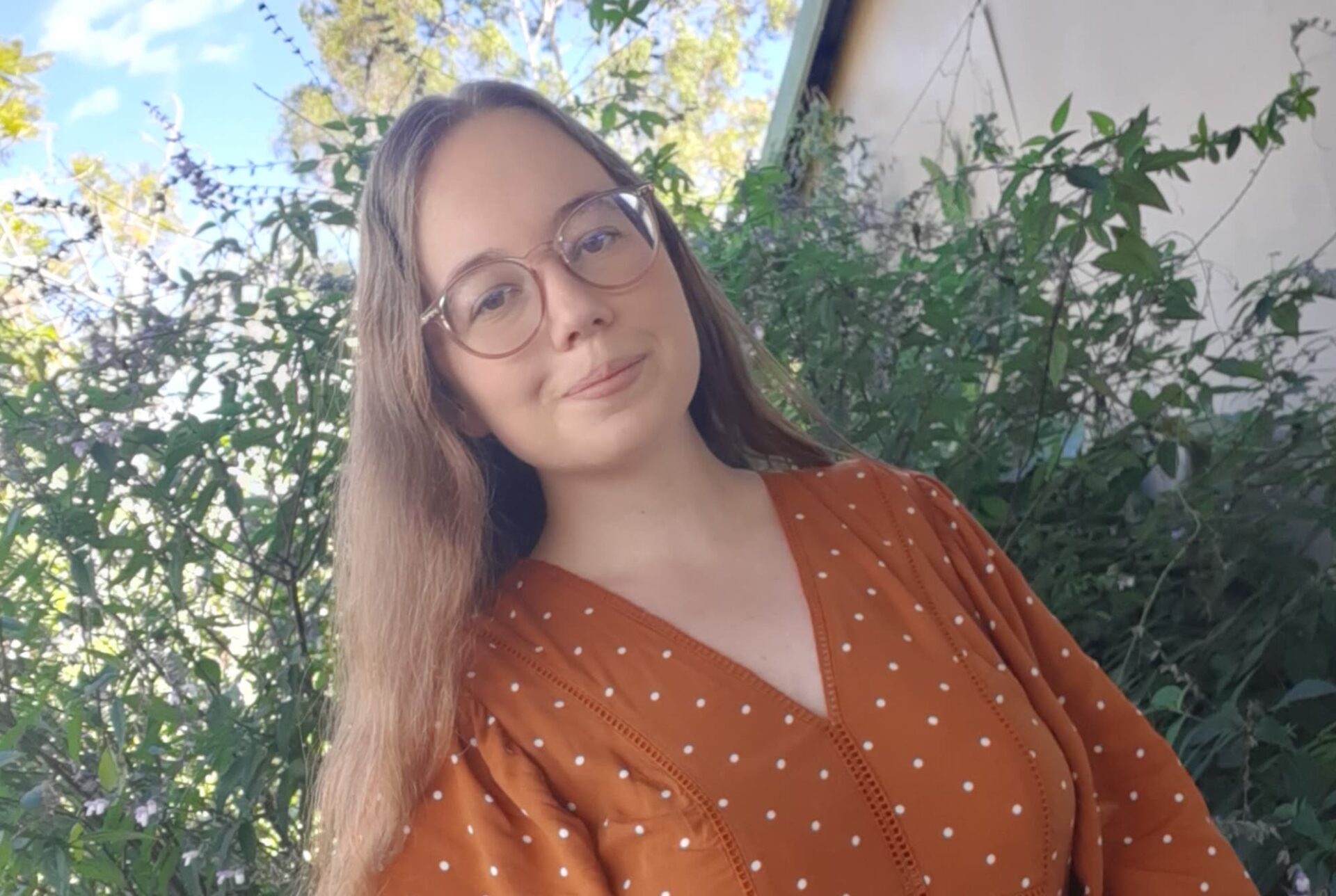 “When I’m in shock, I tend to revert into a ‘stunned mullet’. This is exactly what happened when I opened the email from UNE and discovered that I had won the Friends of the ABC Prize! It was completely unexpected as there was no application process—the prize is awarded at the discretion of the university—but it was certainly a welcome surprise. After I finished gaping, I called my parents to celebrate!”

UNE Honours student, Sharnee Rawson recently won the Friends of the ABC Prize. This prize is awarded annually to the strongest Bachelor of Media and Communications student who has entered honours at UNE. This is an amazing achievement for Sharnee whose aspirations toward the world of academia have been greatly assisted by the $500 endowment.

“I am extremely lucky to receive the Friends of the ABC Prize as it has assisted me with funding resources relevant to my studies with textbooks for my thesis and also a subscription to Canva Pro to craft projects, such as lecture slides and a creative portfolio.”

Sharnee’s ambitions toward a career as a university lecturer were one factor toward her enrolment in Honours, “several factors inspired me to continue studying through honours, but the most important one is that I relish academia,” Sharnee told us.

“I enjoy pushing myself intellectually through new theoretical and practical knowledge. In fact, another reason why I’m pursuing honours is that it’s a fantastic gateway to a permanent role in academia as a lecturer.”

Like many students, Rawson’s career aspirations have transformed since she first began her undergraduate study. Her intention when she commenced the bachelor’s degree was to graduate into the publishing industry as an editor; and although those intentions may have changed, Sharnee has continued to balance her interests between publishing and academia.

“Editing is a future prospect that I may undertake in conjunction with academia even though I am currently pursuing lecturing.”

During her degree, Sharnee participated in several local editing projects including the works Fil and Harry by Jenny Blackford and Inside Story which was a joint initiative between the New England Writers’ Centre and United Publishers of Armidale.

“Working on those novels has only reaffirmed my love for the publishing industry,” Rawson said.

Sharnee also found opportunities to flex her editing skills with Tune!FM’s volunteer program as an undergraduate. After moving to Armidale to commence her studies Sharnee was eager to find opportunities relevant to her skills after previously undertaking internships at local news outlets The Purple Press and The Daily Examiner in her hometown of Grafton.

“I spotted the Tune!FM stall during O-Week and was instantly intrigued. After an interview and orientation with Tania, I was fortunate enough to be assigned the role of editor-in-chief for their blogs and website. The latter involved writing, editing, and scheduling articles for publication on the online student news site – an experience I would recommend to anyone wanting to enter the publishing industry.”

“Tune!FM is still one of the best experiences listed on my resume, I definitely recommend their volunteer program to any students wanting to develop skills that complement their degree in writing.”

We’d like to thank Sharnee for her time speaking with us about her studies at UNE and wish her the very best as she develops her thesis towards the depiction of Australian settings in young adult fiction novels, as well as her further endeavours in the world of academia!

UNE offers a range of different scholarships to domestic, international, on campus and online students!

Check out what’s available at the moment.