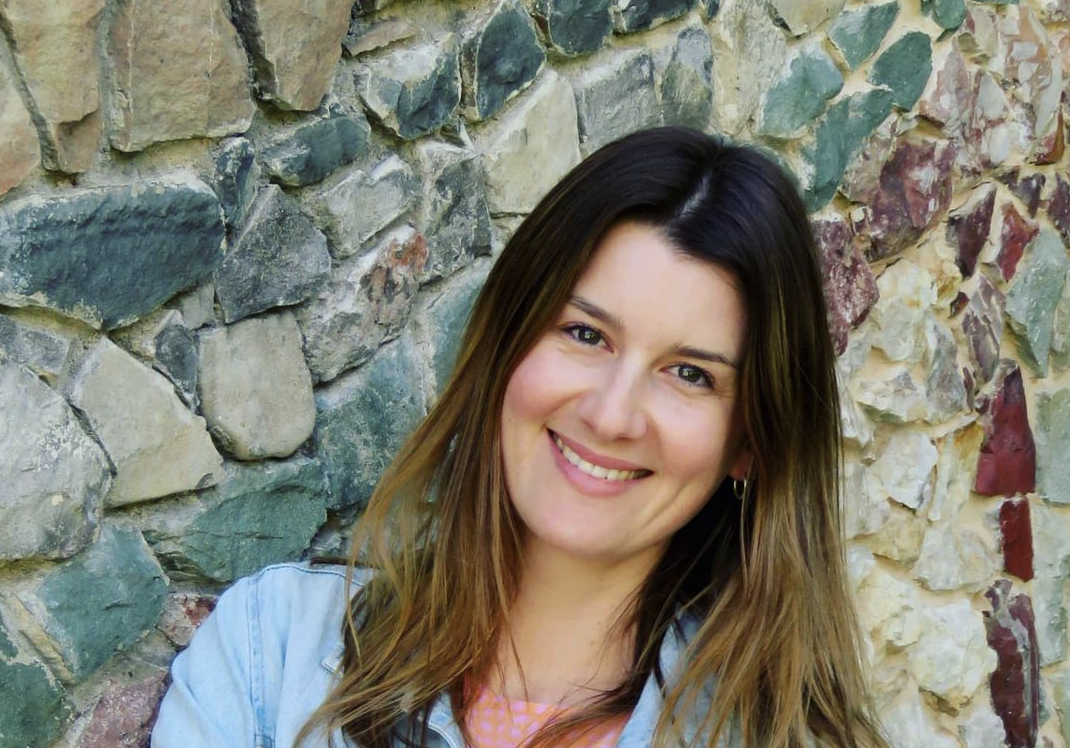 Have you ever wondered how true to life some science fiction movies are?  After the success of the inaugural UNE Sci-Flicks event about Jurassic Park, we spoke to the event organiser and UNE Postdoctoral Research Fellow, Dr Marissa Betts, about the inspiration behind the event series and what movies are up for discussion next! We also spoke to her about her career in science and research and her favourite sci-fi flick… you’re going to want to keep reading!

What is Sci-Flicks all about?

Sci-Flicks are fun events that link a movie with scientific themes with research that is happening here at UNE. It serves a variety of different purposes:

Where did the idea for the events come from?

The geoscience groups at UNE (Palaeoscience Research Centre and LLUNE) had been talking about getting together to watch some “so bad they’re good” movies with geo/palaeo themes for a while – just for a laugh! And, the idea kind of snowballed, especially when I realised the connection between UNE Life and the Belgrave Cinema. I thought “this is a no-brainer!”. Being able to host public events at a real cinema changes the vibe entirely and makes it a great opportunity to do large-scale science outreach, so that’s why I’ve included the science talks and question and answer sessions at the beginning and end of the films. It’s a wonderful opportunity for people to get a sense of how reliable the science is in movies, and of the breadth of expertise we have here at UNE.

What are some of the topics up for discussion with the upcoming Sci-Flicks events, and why were they chosen?

I am trying to get a wide variety of scientific themes in the films. We have had Jurassic Park (the 1993 original of course) already, which went really well! I saw Jurassic Park at the movies when I was 8, and I never thought I’d see it on the big screen as an adult, it was fantastic. We have the very strong Palaeoscience Research Centre at UNE with several dinosaur experts, so I felt like that was a strong way to kick off Sci-Flicks. Dr Phil Bell did an amazing job talking on the night – and we also have a brilliant session with Tune!FM talking about the event on air.

So which movies are up next?

We have Gattaca coming up next, on the 15th of July. Gattaca was released in 1997, and is a sci-fi movie set in a dystopian future where children are conceived through a rigorous process of genetic selection (called eugenics). We have the amazing Dr. Mary McMillan (a geneticist) talking with Gattaca.

After that we’ve got San Andreas, on the 12th of August, an action blockbuster starring Dwayne “The Rock” Johnson as a rescue pilot in LA during a catastrophic earthquake along the notorious San Andreas Fault. This film has some great(ly exaggerated) geoscience in it, which is hilarious and fabulous at the same time. We have Dr. Luke Milan, a geologist from the LithoLabUNE (LLUNE) group talking with that one.

After that we have The Meg, we’re just about to lock in the date for this so #Watchthisspace. This is a bit of a sci-fi action “creature feature”. The shark in Jaws is nothing compared to the megalodon in The Meg – a 23 m long shark, assumed to be extinct for millions of years suddenly discovered in the deep ocean. Dr. Nic Campione, a paleontologist in the Palaeoscience Research Centre researches fossil sharks, so is perfect to give a talk with The Meg. I can’t wait!

Why is it important for the community to learn more about these topics?

Outreach to the public is critical for giving people an idea about what is and isn’t reliable science. Blockbuster movies especially can often stretch the limits of reality when it comes to the science they reference. Have you ever watched a movie and wondered “I wonder if that’s really true”, or “how likely is it for that to happen?”. Sci-Flicks gives people the opportunity to have some of these questions “myth-busted” by a real scientist.

How can the local community get involved in the Sci-Flicks events?

Follow the Events on Facebook and buy your tickets through the Belgrave website! Share the events with your family and friends and come down to the movies ready with some questions to ask at the end. Get in touch with us on the socials and let us know if there are any movies you’d like us to try and screen! We might have the perfect match with a scientist at UNE!

Do you think science fiction movies make commentary of our world, or are they purely fiction-based?

I am a big science fiction fan and yes, the best sci-fi (in my opinion) is usually a commentary on our world, or current politics. Themes around “alien invaders” for example can be allegories for suspicion of immigrants. Sci-fi can also be pure escapism, but often it tries to imagine what our world, and our universe sometimes, might be like in the future. If this is a dystopian future, then it absolutely encourages people to have conversations about what we can do to avoid these visions of the future becoming a reality.

Can you tell us more about your academic journey, what did you study at university and how did it lead you to teaching palaeoscience at UNE?

When I left school, I studied visual art but quit that degree to go travelling in Europe and the UK. When I came back, I started Museum Studies at Macquarie University in Sydney, but changed to BSc in Geology. I thought I’d make megabucks in the mines, but I ended up loving palaeontology and stayed on to do an Honours and then a Ph.D. with my supervisor Prof. Glenn Brock. After I finished, I applied for the UNE Postdoctoral Fellowship scheme here and was successful. I started here as a postdoc doing my own research in 2017, and now I am a Lecturer in Earth Science and am very fortunate to teach first-year geology (GEOL120) and second-year paleontology (GEOL202) – super fun subjects!

What is something you wish people knew more about paleontology and geology?

With paleontology – it’s not all about dinosaurs! Actually, dinosaurs were around for a relatively short period of time, and compared with some invertebrate fossils there haven’t been that many different ones discovered. The story of the evolution of life on Earth is really told by the record of invertebrate fossils. Fossils that I work on are over half a billion years old, and some of their relatives are still around today!

With geology – every rock tells a story. That could be a story about the deep Earth, the formation of asteroids and meteorites, to what the surface of the Earth was like millions or even billions of years ago. They tell us how the continents have moved around, how big volcanic eruptions were, and what the composition of the oceans and atmosphere was like. When you study rocks you can peel back layers of time and see how Earth has changed in the past, and this informs environmental and climate science into the future. 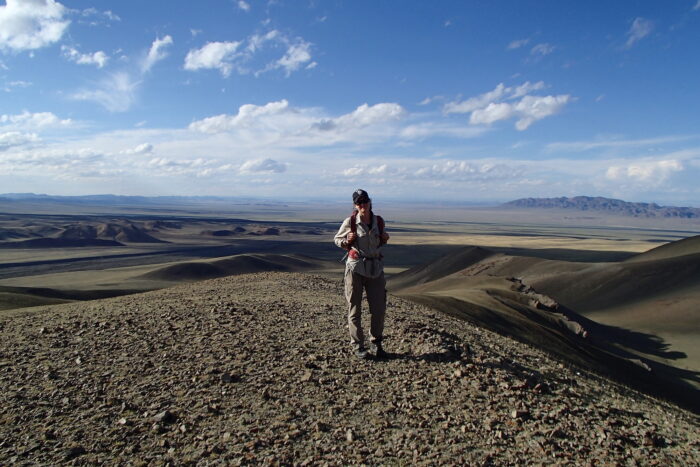 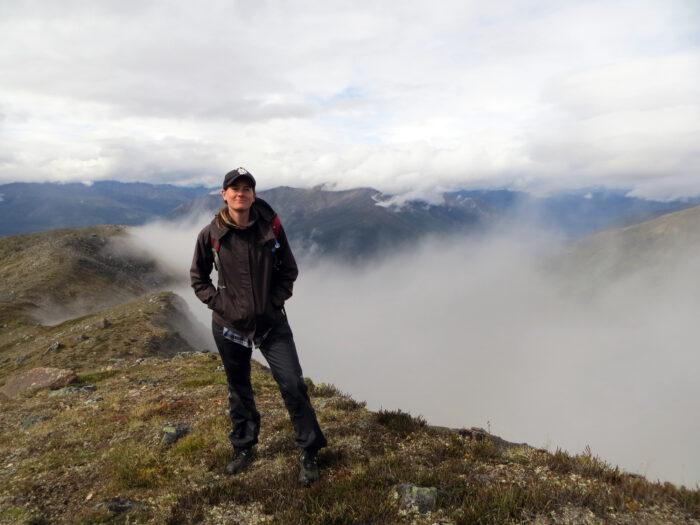 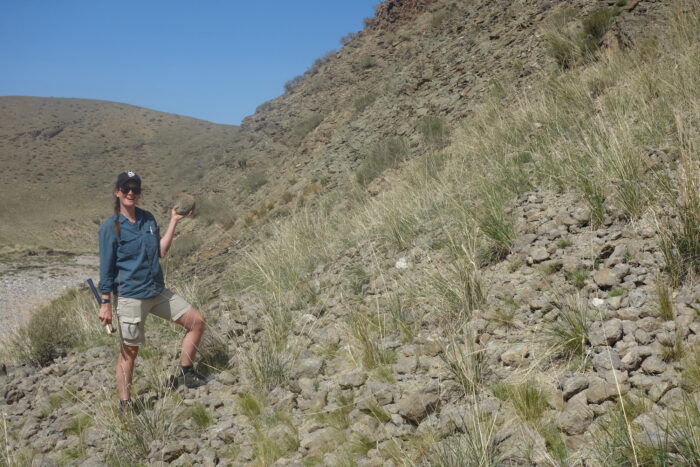 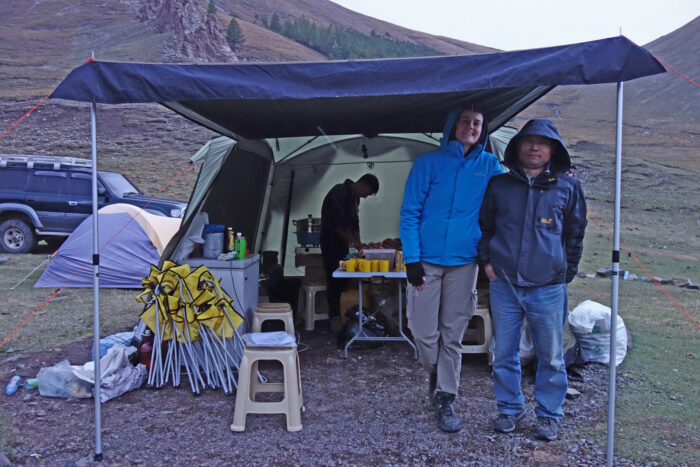 Superstars of STEM aim to smash society’s gender assumptions about scientists and to increase the public visibility of women in STEM. As a Superstar of STEM, do you think sci-fi movies portray an equal representation of female scientists?

It depends on the film, and it depends on the era when it was made I suppose. Perhaps I am drawn to sci-fi with strong female characters, but boss ladies seem to be a pretty consistent motif in sci-fi. Think of Sigourney Weaver’s Ellen Ripley in Alien, Linda Hamilton’s Sarah Connor in The Terminator, Charlize Theron’s Furiosa in Fury Road, and what about Buffy in Buffy the Vampire Slayer, Dana Scully in The X-Files, Hermione in Harry Potter, and even Leela in Futurama! It’s fantastic to have this representation, but it’s important to be careful that portrayal of women in these kinds of roles doesn’t reduce them to caricatures or fetishizes them. It’s important for female characters to be strong but also nuanced, well-rounded, and with flaws! This makes them relatable, and if we see these kinds of characters as scientists or leaders in films it helps to normalise these roles for real people in our own lives.

Let’s chat a little more about your role as a mentor to girls in science! What aspect of being a role-model in STEM has been the most rewarding?

I am part of two amazing programs right now to support and promote girls and women in STEM. I am a “STEM” Coach for Curious Minds Australia – this is a program that pairs a high school girl with a female STEM professional who mentors them through a six-month program and helps them conduct a STEM project of their choice. I love, love, love being part of this program! It’s fantastic to see the excitement the students have for science and the creativity they bring to tackling all these different topics.

I have also been selected to participate in the 2021-2022 Superstars of STEM program. This program, run by Science and Technology Australia, aims to equip women working in STEM with high-level communication and media skills and to increase their visibility as STEM experts. Visibility is hugely important – you can’t be what you can’t see!

I’ve only been part of the Superstars program for 6 months, but the most rewarding aspect so far has been that I can already see a positive effect on students that I teach. This program has given me the confidence to put myself out there and I think that is rubbing off on them in some ways! I really feel like my success is their success too.

We loved the recent podcast you did with Dr. Phil Bell and Dr. Nicolas Campione about the first Sci-Flicks event on Jurassic Park! Can we expect more podcasts about the sci-flicks you’ll show in the coming months?

Yes absolutely! I’m keen to get each of the speakers in the TuneFM studio and have a chat with them about their research and their relationship with the film they will be speaking with. It’s great to get these conversations on record to refer back to as we aren’t recording the talks at the cinema.

On a final note, what is your favourite sci-fi movie of all time?

I am a huge fan of Alien. The whole franchise is good, but that original film from 1979 is just a classic.

Thank you so much for your time Marissa, we’re so excited for these events and have only seen and heard great things so far! We love that you’re challenging the way people look at things, and inspiring young people (especially women) to chase their dreams!

If you’re interested in attending the Belgraves Sci Flicks Events, they’re open to the entire community and provide a great opportunity for an enjoyable evening with friends and family,

as well as giving you the opportunity to speak with an expert in the field!

Keep in the loop with all the Sci Flicks Events here.