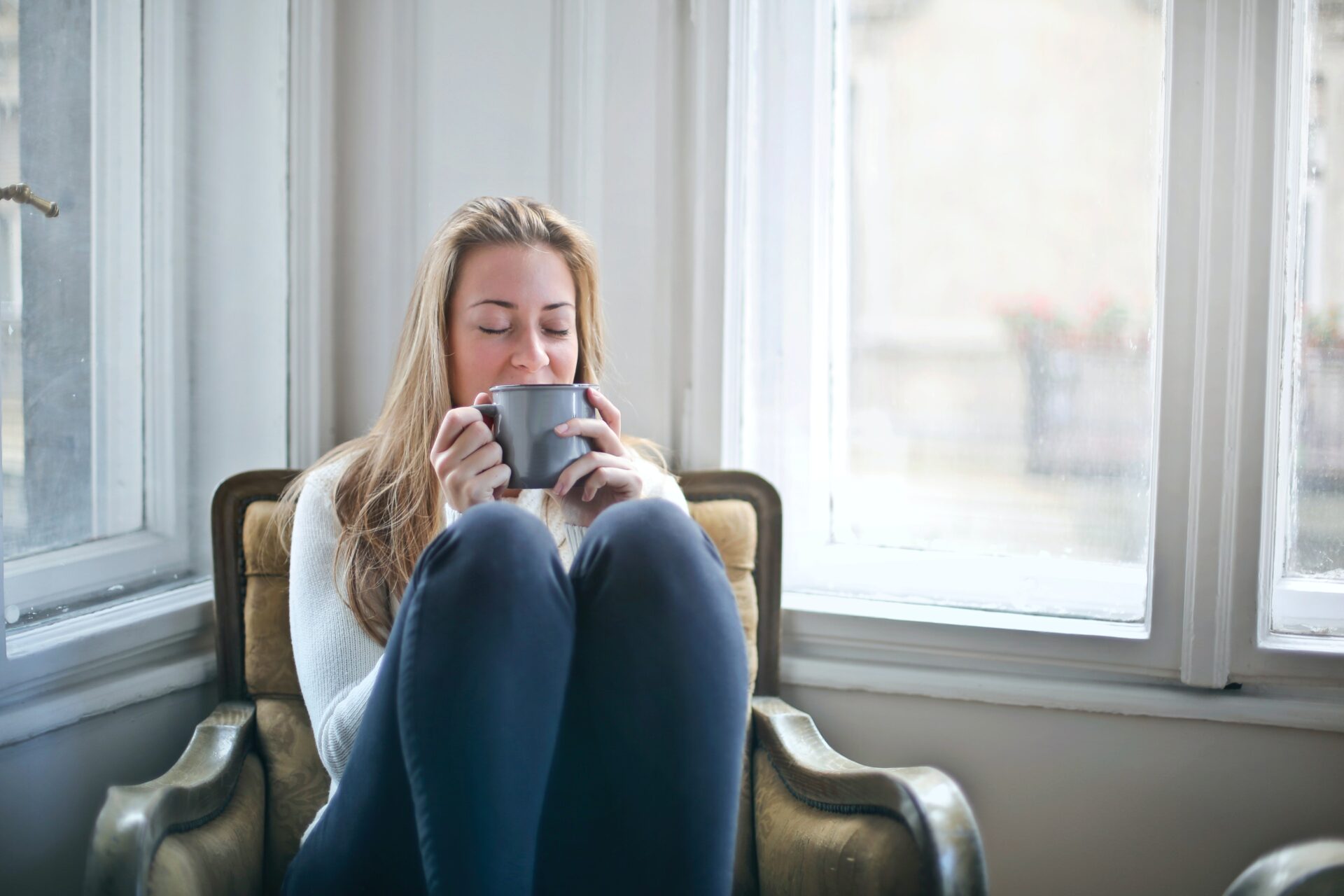 Sometimes the simple things in life are the best… it’s the new year, and we’re easing into things, hoping that this one will be a lot more chilled than that last…

The big question is, how do you like your tea? – Em

BLACK tea could mean one of two things, and you can usually figure it out with context.

To illustrate: Standard “Tetley” teabags are ‘black tea’ and can be served ‘white’ (with milk added) or ‘black’ (without milk).

CEYLON is a black tea grown in a specific region in Sri Lanka. Ceylon tea is cheap and readily available (Dilmah is Ceylon tea) and is known for its dark colour, clean crisp flavour and peculiar lack of tannins.

CHAI or, to use its full title, masala chai, is made by boiling black tea in milk with a mixture of other aromatic spices such as cinnamon, cardamom, cloves, ginger, pepper… there are many. Chai has seen such unparalleled popularity worldwide, the beverage’s flavour profile has been replicated in syrups and powders, desserts and even soaps! The word ‘chai’ derives from the Chinese word for tea: cha. So next time you order a ‘chai tea latte’ – remember that you’re literally ordering ‘tea tea milk’! Chai tea has a similar caffeine content to black tea.

DARJEELING like Ceylon, Darjeeling is a black tea from a very specific region, this time in West Bengal, India.

EARL GREY is a very popular variation of black tea, featuring a distinct bergamot flavour. Earl grey is a caffeinated tea, served with or without milk, and sometimes with a slice of lemon.

Fun Fact: Earl Grey tea is named after Charles Grey, 2nd Earl Grey, British Prime Minister in the early 1830s. He is the author of Britain’s ‘Reform Bill of 1832’ which famously put an end (at least temporarily) to internal strife by overhauling the country’s electoral system, ultimately affording its citizens a much more democratic political landscape.

GENMAICHA is Japanese green tea combined with roasted popped brown rice. This type of tea emerged as result tea demand for lower social-economic demographics within Japan. The popped rice served as a filler, to make a small amount of green tea leaves go a lot further. Sugar and starch in the rice give this green tea a full, nutty flavour and a very unique aroma. Also known as ‘popcorn’ tea, because some rice grains pop during roasting, resembling popcorn.

GREEN tea is made from the same Camellia Sinensis leaves as black and white teas. Green tea leaves don’t undergo the same withering and oxidising process used to produce black tea. Therefore its flavour and colour are very different from black tea, and despite being made from the same plant, has its very own term. Green tea is caffeinated, containing approximately 12 milligrams of caffeine per 100 grams of brewed green tea. See also: Matcha, Sencha, Genmaicha

ICED TEA is not the same as cold tea. Nestea aired a television commercial during the 90’s promoting iced tea:

The advertisers apparently believed consumers were confused about the difference between cold tea and iced tea.

Iced tea emerged out of the United States during the 1860s, and quickly caught on worldwide. In fact, in some states in southern US, the word ‘tea’ is assumed by default to mean heavily sweetened iced tea.

MATCHA is a Japanese tea powder ground from green tea leaves that have been grown and processed to a very specific formula. Green tea plants used to make matcha must have been grown in the shade for 3 – 4 weeks before harvest (this boosts caffeine production in the plant), and all stems, veins and imperfections are removed prior to grinding. Unlike other teas, matcha is not steeped in hot or boiling water and strained. The powder is fine enough to suspend in liquid – either water or milk.

Fun Fact: Matcha is the most commonly used type of tea in traditional tea ceremonies. Zen Buddhists use tea ceremony as a ritualistic practice, and the earliest known Chan monastic code is all about tea ceremony etiquette.

OOLONG tea means leaves from the Camellia Sinensis plant that are semi-oxidised before curling and twisting. It is more closely related to black tea, however it is brewed and consumed much like green tea – i.e. with very specific brewing temperatures and steep times, and served without milk. Oolong tea is caffeinated.

ROOIBOS or red tea is naturally caffeine-free and made from dried leaves of the South African native Rooibos plant. Thus technically, rooibos is a tisane and not a true tea.

SENCHA is Japan’s most popular type of green tea. It is steeped and strained (unlike matcha) and flavour depends on where the tea plants are grown, and at what time of year.

TISANE is just a fancy word for ‘herbal’. Because technically, ‘tea’ is specifically prepared using leaves of the Camellia Sinensis plant. Any other beverage is not true ‘tea’

WHITE tea as a loose definition is Camellia Sinensis leaves that are particularly young (new growth), or that have been minimally processed before preparation. There is no set and agreed-upon definition of white tea. Generally, it has not been rolled or oxidised, however, when brewed it leaves the water a pale yellow colour. White tea contains caffeine, though generally in much lower quantities than black tea.

Start with cold, freshwater. Boil just the amount of water you need. This makes each cup as sustainable as it can be.

During colder months, heat the cup by swilling a few tablespoons of boiling water around in it. Tip out any excess.

If you’re using loose leaf tea, a formula of “1 for the pot, 1 for the drinker” is the standard for a tea pot’s full. So: if you’re making a pot of tea for 3 people, you need 4 teaspoons of leaf. Many strainers are designed to go straight into the cup, like the spectacular tea llama (available at The Shop link link plug plug) [pic of it in the cup]. If there’s no teapot in the equation, the formula is null and void. Use 1 teaspoon per cup/llama.

Place the leaf, bag or strainer into the empty – and maybe pre-heated – cup.

Add boiling water. NOTE: The water should be on a rolling boil, not simmering or steaming a bit. It’s gotta be BOILING.

Steep the tea for 3 to 5 minutes. You’ll quickly discover that it’s the longest 3 minutes in any given day.

For cups or bags: remove strainer or teabag from the cup.

This is the most important bit: THE LEAVES MUST BE OUT BEFORE YOU PUT MILK IN.

For teapot enthusiasts, this step is redundant. But back me up here potters – you wouldn’t pour your milk through the tea strainer, right?!! Of course not. Tea leaves and milk should never come into contact.

For teapots: Once steeped, pour liquid through a strainer into a cup.

If using, add sugar and stir.

Add milk, and enjoy! Congratulations, you have just made the perfect cup of tea.

Many of the green tea varieties mentioned in the ‘terms for tea’ glossary have their own unique brewing instructions to achieve the perfect cup. As a general rule, green tea is steeped at a lower temperature than black tea, and is usually served without milk.

The recipe starts off the same as for black tea. Start with cold, fresh water, boiling only the amount you need.

Heat the cup with a little hot water if you like. Tip out the excess.

“1 for the pot, 1 for the drinker” is a reliable teapot formula for most types of tea, green included. Green tea bags are readily available, and tea llamas can make green tea just as well as black!

Add your tea to the cup (inside a bag, strainer, llama etc) or pot.

Pour on hot water, around 70-80 degrees and no hotter than 87. Boiling water will ‘burn’ the leaves and taint the flavour leaving you with a hella tannin-y, bitter drink. You get a similar result if you steep for too long. Attention to detail is the key!

Teapotters: leave a fair bit of room in the pot on your first pour. Top up the pot as you drink; this will keep tannins to a manageable level.

We want to see what your tea looks like, tag us @lifefunctionscatering and we will share them in our stories!
PS: If you’re in Armidale, don’t forget to drop into The Shop, we’ve just launched a little range of delectable pickles, relishes, and jams!