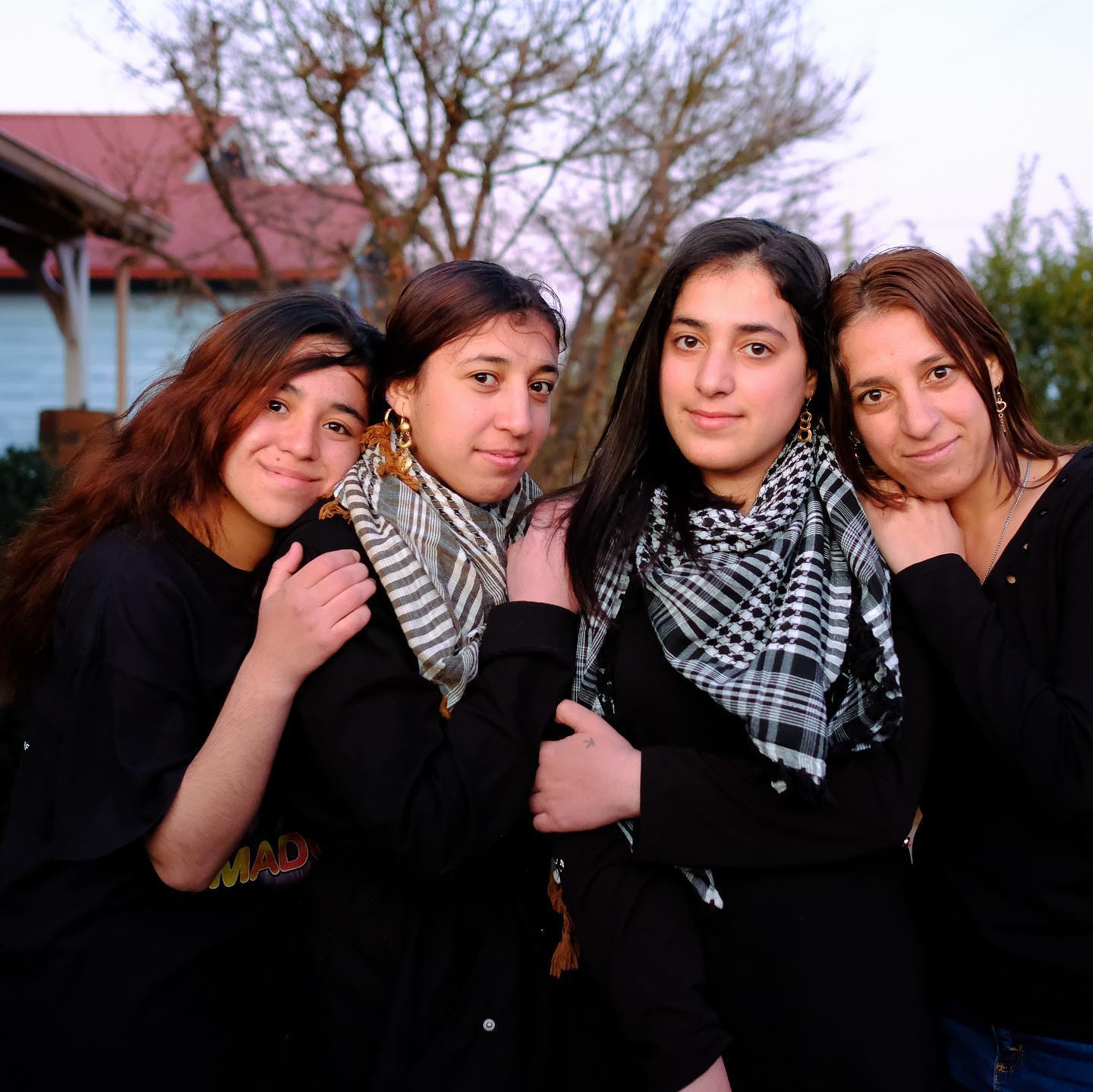 I was a young -13 maybe – when my parents took me and my younger brothers on an overseas trip to Europe. It was comfortable, as most European holidays are for travelling Australians, but moreover, It was enjoyable – lovely, actually. As a newly ‘registered’ teenager who had a love for ancient history, to say I was slightly stimming at the thought of walking the ancient streets of Rome would have been a grave understatement. My nerd affair with ancient history, coupled with a slight addiction to a popular video game at the time, ‘assassin’s creed’, meant that my now clouded memories of our European family holiday are obscured by what my teenage, chimp-like brain was imagining at the time: scaling the roof tops of Venice, engaging in dialogue with Marcus Aurelius, trying to spot Ronaldo in streets he would not bother to wander, and having the occasional stereotypical boyish-teenage thought.

No, it wasn’t a waste of money Mum and Dad, I swear. For there is one distant memory in that I hold which is not so clouded. A memory that is not construed by my imagination; a memory that has stayed with me at this writing. After leaving Paris my family and I set ‘train’ for the land of monarchy and Monty Python. Yet just before abandoning French soil, we passed a small city named Calais. I was sitting on the window side of the carriage and remember gazing out towards the north-west facing coastline where human silhouettes were making a dash across the sands in an effort to land a ride that would take them across the Dover. For those who don’t know, Calais is more-or-less a city built around the thumping ferry port that bottlenecks Europe towards Britain and it is for this very reason why I witnessed figure after figure leap across the French beach. These people were called ‘refugees’ an English man would later explain to me and they squat on the shores of Calais, after battling their way across Europe, in the hope that they can one day catch a lucky break and score a ride that reaches Great Britain.

A ‘refugee’ hey? I’d never heard of the term…

My name is Harrison Munday – mostly I get Harry or H – and I am the Ezidi HEPPP Project Coordinator at UNE. I believe I have come a long way, to say the least. But I guess we all have when we compare our now selves to our 13-year-old counterparts. I now tend to think I know the answer to the question of ‘what is a refugee?’ – well, at least sometimes I think I do.

In the year of 2014, on the 3rd of August, the Islamic State committed an act of genocide towards the Ezidi people (also referred to as Yazidi). In what was self-defined as a ‘Forced Conversion’, ISIS infiltrated the city of Sinjar and surrounding areas in the early hours of the morning, tearing through the peaceful province of Kurdistan Iraq and murdering over 5 thousand Ezidis, enslaving thousands of women and girls and injuring many more in the space of a single day. The genocide eventually led to the exile of the Ezidis from their holy and ancestral lands, leaving them with no other option than to seek refuge in ‘camps’ across Turkey and the Middle East. Their story, let alone their struggle, ought not to be defined in such a brief passage and this article does by no means give it justice. This is why I encourage anyone and everyone to read more about this pressing history (and I shall leave a few links below so keep reading).

After bearing the scorching middle eastern summers and the long cold winters for over 3 years, whilst sardined in refugee camps, some members of the Ezidi community were given ‘humanitarian visas’. Now, in 2020, over 600 Ezidis call Armidale home. This, in short, is where I come into play, but first, there are a few other people worth mentioning. Jane Weier and I job share the role of the Ezidi HEPPP coordinator. Jane holds a wealth of knowledge not only about the Ezidi community but as an educator, she has years of teaching experience under her belt. I should also mention that Jane brings this beautiful, motherly, empathic yet stern aspect and approach to our program that completes us as a team quite well, I believe. Furthermore, the Ezidi HEPPP project is backed, so to say, by a fabulous team of academics. Namely, Susan Fez, Helen Harper, Liz Ellis, Val Dalton and Lou Conway, who in their spare time – spare time they do not have – manage to not just make the program run, but in fact go above and beyond, offering their unique applied knowledge and experience they have acquired from years in their respected fields. Together and through our program we help turn the career and academic dreams of Armidale’s Ezidi people into reality.

The program ran for 2 years before I joined the team, and previously it has offered an array of opportunities, such as intensive English classes, higher education pathways and mentoring as well as outright student support, in order to progress the Armidale Ezidi cohort towards higher education. This year, alas COVID, has slightly changed the way the program looks and feels and although we have still delivered the essential services aimed to complement the student’s existing study commitment, the program has been carried out in what I like to define as a more piecemeal, ad hoc fashion. Sure, online learning and technology presented there our hurdles, but the shambles of 2020 has actually given us an opportunity to build stronger relationships and form a greater understanding of our student’s desires. Because of this, 2020 has brought with it some ‘good news stories’. We now have students blitzing through UNE Degrees ranging from Physics to Arts. We have provided scholarship to a number of emerging leaders and academics to attend the English Language Centre, and at Armidale Secondary College, over 35 students now receive after-hours Maths and English support that is delivered by fellow Ezidi UNE students. More importantly, though, we have managed to give these intelligent and hardworking people a greater chance at realising their dreams. 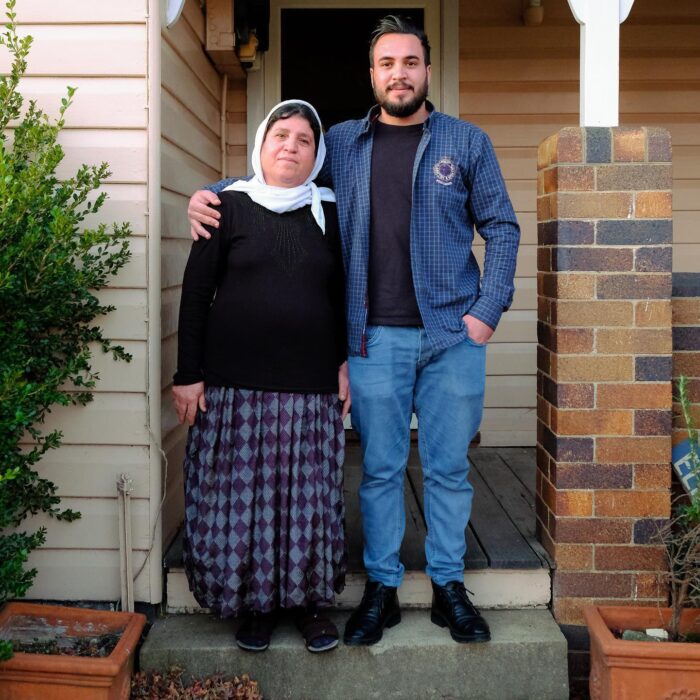 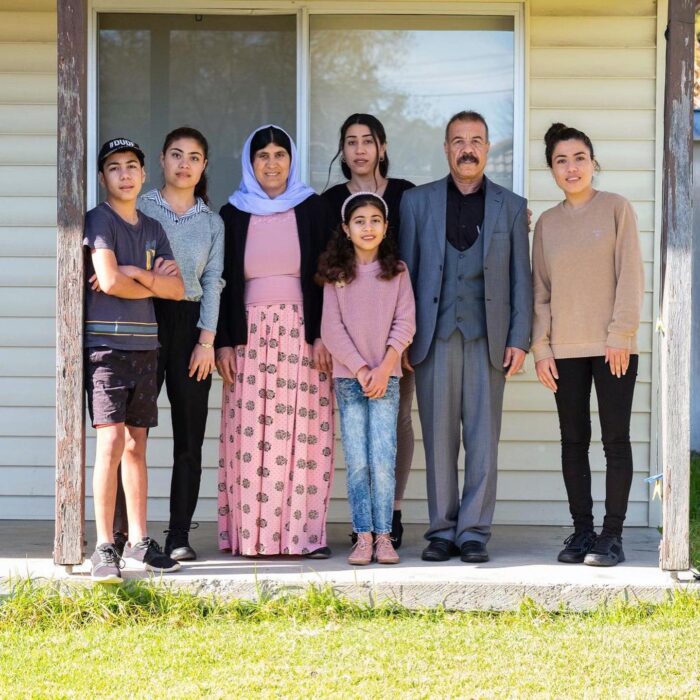 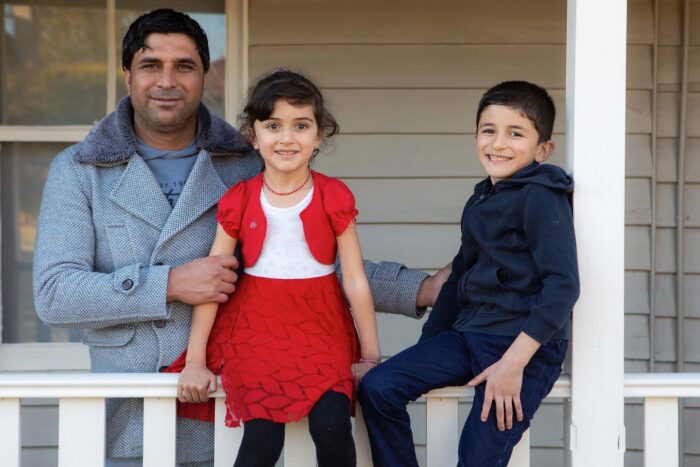 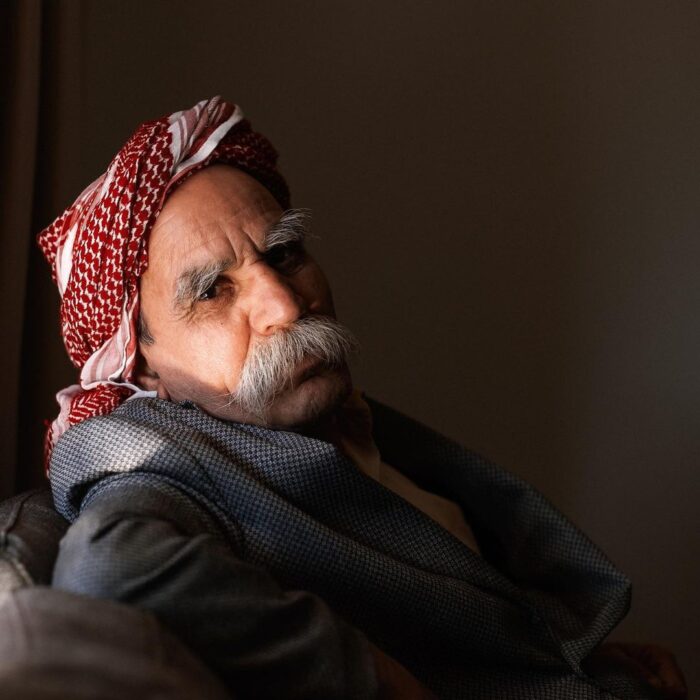 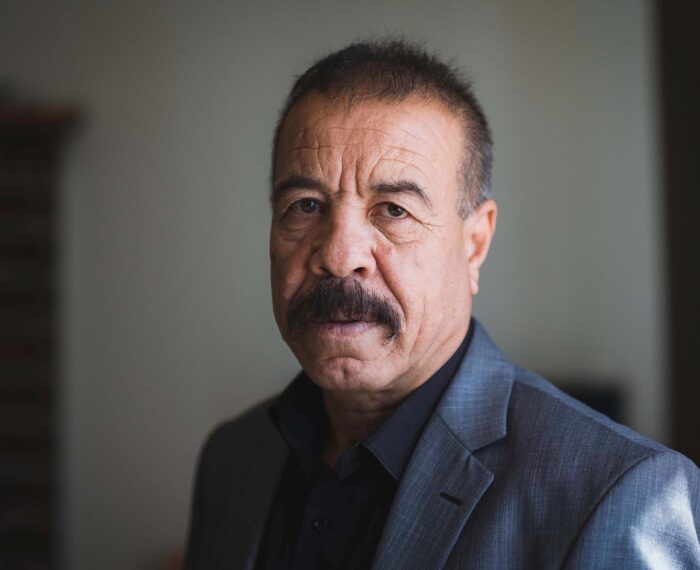 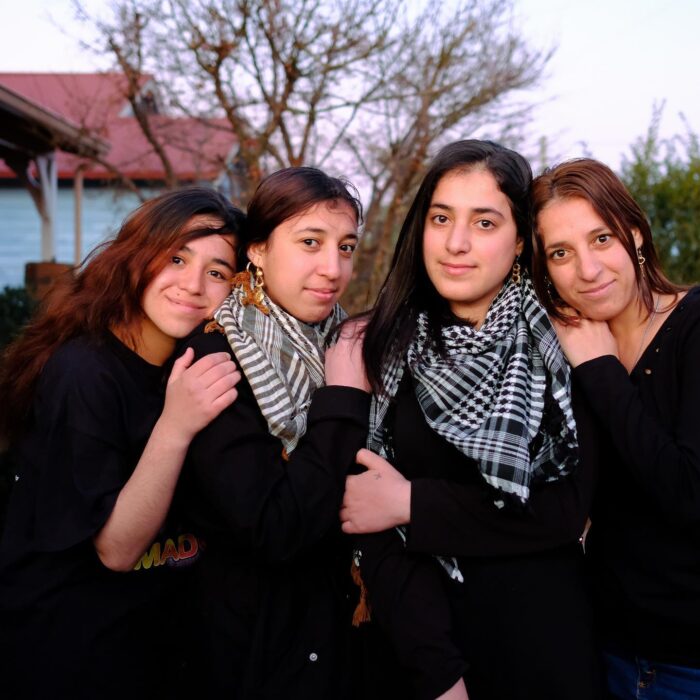 My involvement, as I mentioned, began only just a year ago. Before then and still, at the time of this writing, I am full-time student in Philosophy and Sociology at UNE. These two disciplines are my passion, and a career in Acidemia is what I hope to pursue in the future. Although, I would be lying if I was to say that having worked on the Ezidi HEPPP project hasn’t ‘determined’ to some degree where my philosophical interest lies. Although I won’t get too philosophical and bore you all, I will say however, that I believe some exposure to other cultures, hardships and worldviews is paramount when it comes to ‘doing’ ethics (especially in a normative sense). Working with the Ezidi community has gifted me with a whole lot more empathy. Empathy, that I find has changed both the way I look at the world and the why I think about ethics. When It comes to refugees, if I could change one thing, it would be to break down what I will call the ‘Us-Them’ divide. Yet, doing this is not so easy and I am wary that not everyone is lucky enough to have an opportunity like mine: witnessing refugees run across French beaches and now working together firsthand. But what I will say is that an opportunity to hear such stories, learn about cultures and understand different hardships is still very possible, regardless of who or where you are and the means of achieving this is simple. In order to start breaking down this ‘Us-Them’ notion, maybe we just need to … read.

On that note, I shall leave you with a [slightly adjusted] quote taken from a book titled ‘How Not To Be a Boy’, written by one of my favourite comedians and authors, Robert Web. He writes the following:

‘When it comes to colossal strokes of good fortune, it starts here – it starts with having a family who loves you and someone who inspires you to read. Not because reading makes you smart, although it helps, but because to involve yourself in a story is to imagine what it is like to be someone else’

Susana and Lucy in grief for their dead king, the great lion; Charlie, eking out his year-long ration of Wonka bar; the Doctor, losing his mind on Castrovalva; his companion Tegan, longing for home; Luke Skywalker, looking for adventure in a twin sunset; [Malala, fighting for her education when everything else had been taken; Yusra, from swimming for her life to swimming in the Olympics; Nardia, telling her story in the hope that she’d be the last girl in the world with a story like hers] – together or alone, stories were a way to reach distant places. But also, and without noticing, a way to reach distant people. I don’t mean I suddenly had miraculous powers of empathy; I just mean that empathy had a chance.’

Such stories may provide the answers to the questions my 13-year-old self’s posited. What is a refugee? Why are they leaving their home? Do they have a home? … Could I become a refugee? Could you become a refugee? Yet, more importantly, such stories may change the way we think about ‘them’: the 1,500 people caged in Manus and Nauru; the families spending their Christmas in a 30 square meter Brisbane hotel room; the ones learning a new way of life; and the ones ripped from their homes. For these stories will show us that there is no them, there is simply just us.

As I continue to study and working at UNE, this is one of the messages I also hope to spread.

Here is a good place to start:

Harri – whoa, what words of wisdom, and one that we as members of the University – love, its all about learning, and understanding.  Thank you, for offering your time and sharing this with us, we’re really excited to see the Ezidi HEPPP Project grow and help this incredibly resilient bunch of people grow and build their home here in Armidale!

Ps: Huge credit goes to @simonscottphoto for these beautiful pictures of some of the faces from our Ezidi community, have you seen his project, Year of Welcome? #SimonScottPhoto

If you live in Armidale and want to volunteer in helping our Ezidi community please visit here.