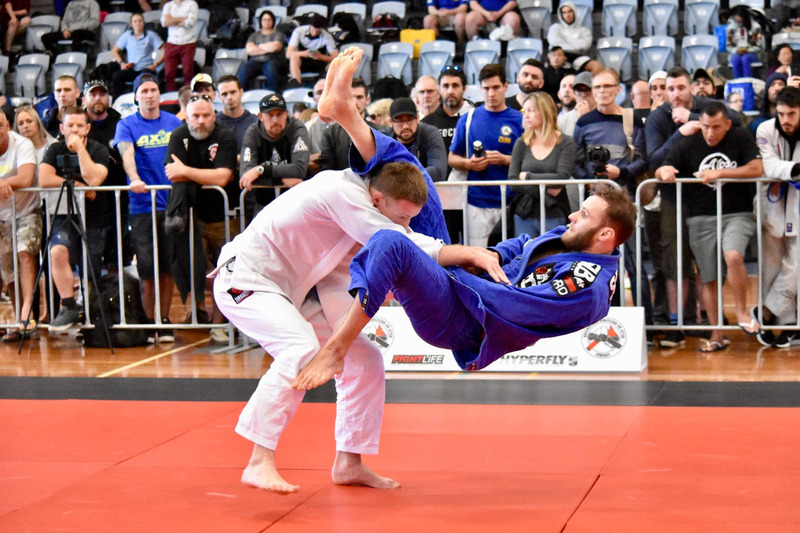 It’s not every day that you get to speak with an internationally recognised Brazillian Jiu-Jitsu champion!

David Eldridge is one of our incredible student-athletes from UNE Sports Academy. David has competed in Jiu-Jitsu since 2014 and for the past few years, has been studying Exercise and Sports Science. David says he spent “years finding his feet at Uni”, for a time living at Austin College, however, things started to make more sense, once he joined the Academy.

Thanks to the Academy’s support, tapping out isn’t something he does with his studies or his sport!

This Melbourne-born/Gold Coast-grown guy is nothing short of impressive! He has competed all over Australia and has big plans for competing internationally too. In 2016 he competed in the International Brazilian Jiu-Jitsu Federation (IBJJF) Pan Pacific Championship placing 3rd in his league. A year later he competed in the same competition placing 36th nationally in the Gi event and 25th in the No-Gi event. Check out how to wear a Gi here.

David intends on working his way up to his black belt and has set an ambitious goal of getting into Australia’s Top 10 for Brazilian Jiu-Jitsu. He recently attained his purple belt – an accomplishment to be very proud of, well done David! #ProudToBeUNE

David Eldridge is an inaugural member of the UNE Sports Academy, now in his second year of the program. He is a unique athlete who brings diversity to the Academy Program via his sport of Brazillian Jui-Jitsu. It seems like injuries are part & parcel of this sport, and David has had his fair share. But he has shown great resilience to bounce back from these, and has shown good improvements, both athletically and academically over the last 12 months. We wish him all the best with some big events in his program for the rest of 2019. Matt Pine, UNE High-Performance Manager

How old were you when you first got into Jiu-Jitsu?
I was 19 years old I guess you could say I was introduced to the sport by a friend – I was blown away by his strength… I’m much bigger than this guy, but he was so powerful – it was inspiring.

Since then I’ve learned so much about the sport and two people that inspire me are Kenan Cornelius and Lucas Lepri two BJJ legends!

What other sports do you play and how has this shaped your sporting world?
I help to coach MMA fighters at Armidale Brazilian Jiu-Jitsu gym, which is awesome and gives me lots of time to practice and stay in the zone.

I also joined the UNE Sports Academy, which has meant really stepping outside of my comfort zone, because I’m actually competing in Judo, not my normal discipline Jiu-Jitsu at the up and coming Div 1 Uni Games on September 27th and 28th on the Gold Coast.

Judo is similar for about the first 30 seconds… then morphs into something else, but I’m really enjoying it!

What inspired you to get involved with UNE Sports Academy?

I really wanted to be a part of Uni Games, they don’t have anything for Jiu-Jitsu at the moment, so I thought I’d get involved, push myself a little harder… Just jump in and try…

Did we miss any competitions in the intro?
David smiles politely and muffles an awkward laugh – he is super humble!

Haha, I also competed in the Queensland State Championships – which was a tad daunting as I was promoted from blue belt to purple belt two weeks before the competition… and I came third. Also earlier in the year I was part of a Grappling Industry Tournament, which was awesome, it was a round-robin, I won eight out of ten matches and earnt a gold and silver award. 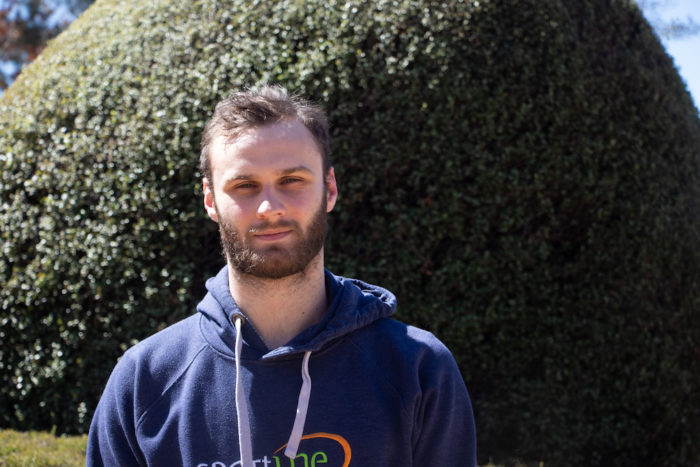 What is the best thing about Sports Academy?
Actually, you might be surprised by my answer… but it’s the academic help.

I went from struggling with my studies to doing quite well. The help and the assistance from the team have helped me with my grades and confidence which makes studying so much more enjoyable.

Also, being part of a team is great… Jiu-Jitsu is not really seen as a team sport, but without good training partners and coaches, I wouldn’t be able to improve. Sports Academy and Armidale Brazillian Jiu-Jitsu are great teams!

That’s pretty awesome, I know your Strength and Conditioning Coach, Matt Pine will be really happy to hear this!

What does training look like for you?
I Train Jiu-Jitsu six to eight times a week – which involves specific training and rolling which can go from anywhere 30-60mins.

I also go to the gym two to three times a week and do lots of different exercises mainly focusing on strength and conditioning, I do this because most competitions are six to 8 matches long – which can be hard if you’re not up to it!

It’s quite full-on, but I do it because I love it. It actually helps me with balancing anxiety, I’m a surprisingly regimented guy… but badly organised! So being strict with my training is helpful.

What keeps you inspired and where do you find your drive?
Haha well, that little dude I mentioned at the start, he’s a good mate and I also have three fantastic training partners. We all really help egg each other on – with study and sport – this drives me!

What advice can you give someone wanting to follow in your footsteps?
Train! Jump in and have a go, you can’t do anything if you don’t try it first! Even if you initially spend lots of time feeling like you’re drowning, take this as a huge learning curve, don’t let it deter you!

What does health and wellbeing mean to you?
I guess this is something I have at the back of my mind, but every now and then I notice, when I focus on this my mentality, eating healthy and training hard, I’m much more proactive and better at keeping on top of things – so it does matter!

It’s also really helpful checking in with Matt every week – he is great at keeping me on track and pointing out different things and trends that I may not have noticed with my health and wellbeing.

I’m happiest when… I’m training – I love it a lot! It’s my social thing
I stay motivated by… surrounding myself with good people and I guess I’ve got a competitive drive.
My guilty pleasure is… Pizza, way too much pizza oh wait, or super sugary coffee

Thanks for your time David, I know you’re incredibly busy balancing study, training and work –  and good luck with your intensive studies next week!

A big shout out goes to the team at SportUNE and UNE Sports Academy for helping David achieve his goals at university!