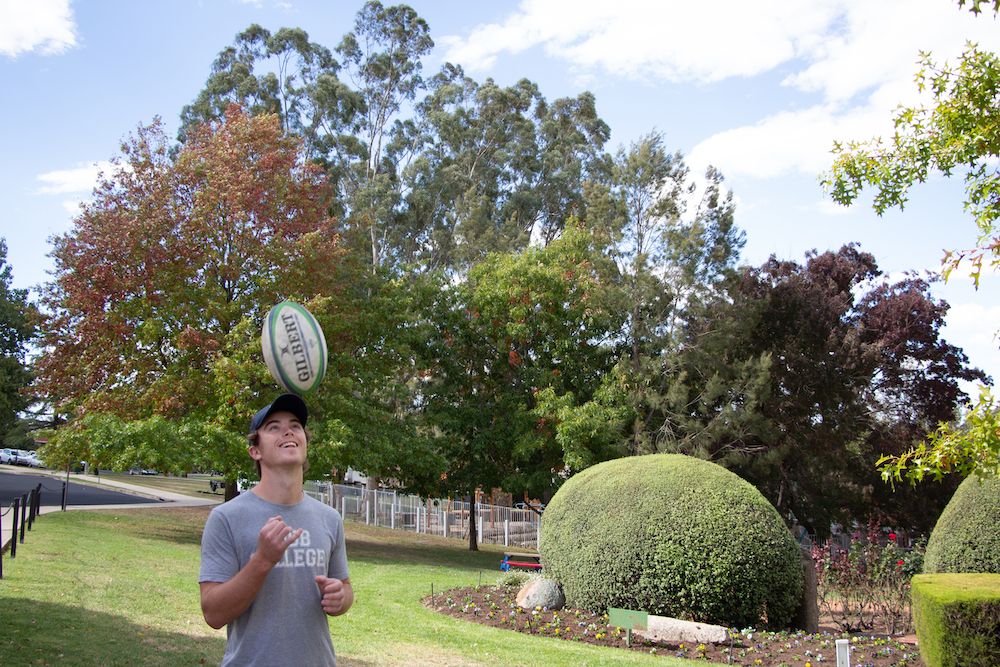 After half an hour sitting in a room interviewing the Robb College firsts rugby star, I could feel an overwhelming desire to go clean my room, to touch down on that assessment I’ve been avoiding, and even go for a run. Motivation, dedication, and enthusiasm are common traits that Drew Walsh displays in every part of his daily routine. Whether it be representing his college on the footy field or receiving top marks in his assessments, this Agriculture student is nothing short of inspiring.

Beginning his journey at the University of New England in 2016, Drew is now in his third year of study into a Bachelor of Rural Science, with aspirations to attain honours at the end. Working within Agriculture always interested him, and to focus on the scientific understanding of the Australian agricultural system only confirms his determination to succeed.

Drew’s love for sport is rivalled to his love of the land; his interest in farming first seeded in his local town of Kempsey. Here he grew up helping out on his family’s farm and spending the weekends adventuring out on his motorbike.

Although, his career aspirations have changed slightly – having a degree in Rural Science allows for a lot more doors to open within the agriculture industry; nonetheless, Drew’s sights are set to focus on animal research and development for the CSIRO.

When I asked him what his current goals are he quickly responded with his wanting “to successfully complete university” – followed by a short laugh – aren’t we all. Looking beyond the present, Drew is working towards some larger long-term goals, one of which includes moving to England, and no… it’s not to play for their union team (I asked)… but rather to learn how they manage their agricultural industry within England’s contrasting landscape and climate. Drew is interested in how “they have higher productivity in a smaller area” and hopes he can use some of England’s farming techniques in the Australian agricultural industry. Future ambitions aside, Drew effortlessly juggles the challenges of an intense study load with his rugby and college commitment, and yet multitasking is nothing new to him.

‘Walshy’ as he is known, is part of UNE’s Sports Academy program for rugby. The program assists student-athletes in balancing their studies whilst meeting the high demands of a high-level representative sport. When I asked him how rugby had become an obsession of his, he mentioned how his father (besides being a huge mentor to him), had always been involved in the game, and so it was given he would pick up the sport too. However, there was a time where he also chose to kick the ball – as well as carry it. During his schooling days Drew played a bit of rugby; however, it was his rep soccer that had him constantly flying about Australia for competitions. Much of Drew’s high school life had him studying on a plane between each destination, which forced to him juggle the demands of his sporting teams as well as the demands of school. His impeccable time management is a quality that has become significant to his studies in tertiary education, and his participation in the Sports Academy program has greatly helped in supporting his conflicting priorities.

Being a part of the UNE Sports Academy has unlocked numerous connections and support networks for Drew. In our chat, he mentioned how the people within the program have helped him to maintain a good balance between his commitments on and off the sporting field. The academy connects Drew to all sorts of connections within UNE, as it not only provides advice on his fitness and nutrition but also helps to guide him to the “best avenues to go down when (he is) struggling”. Apart from his family, the academy has been an amazing encouragement to his studies and athletics. One golden tip Walshy can provide to those struggling with their commitments is to be strict on yourself and “do the work before you can have fun”. 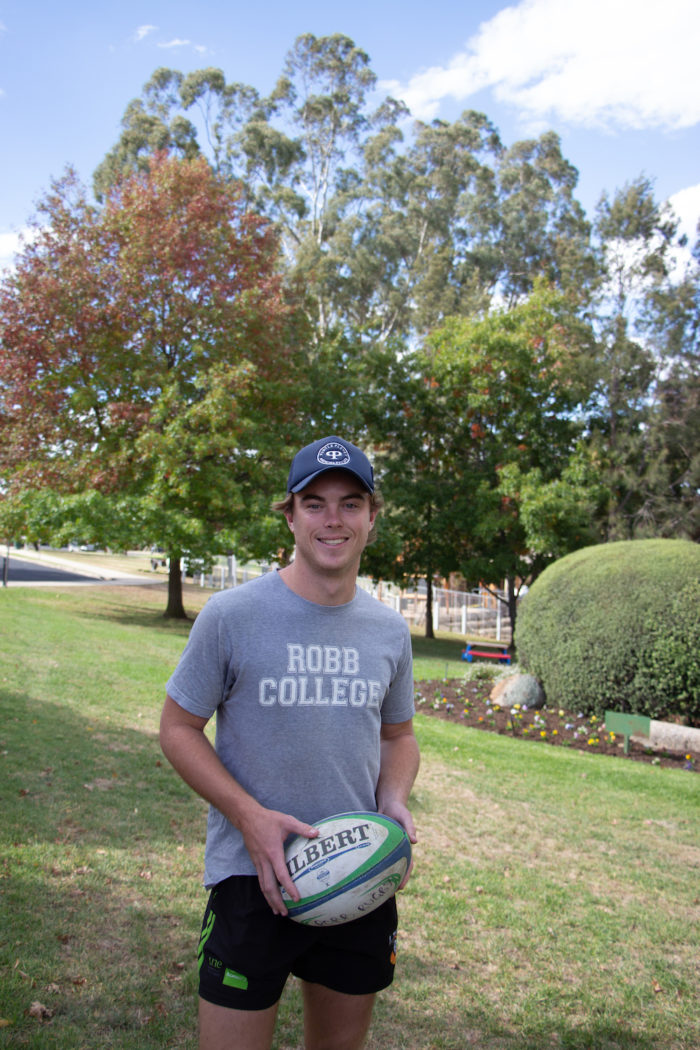 There is immense satisfaction for Drew after he “chews down another (check) list” and can enjoy a night with mates without the pressure of an assessment to get done. We all know what it’s like to have deadlines hovering over us – yet for Drew these are the moments he finds the most motivation to thrive within – so I guess you all want to know how he does it right? How does Drew complete his assessments with the distractions of college life around him?
Well, he mentioned that the first part of study is to … clean your room – with a tidy desk can Drew take on any task. There it is kids! A tidy desk promotes a tidy mind.

Drew’s multitasking talents will come into play in August when he will travel to Japan for Robb’s Rugby tour. This will be an amazing experience for all involved and I wish them good luck! Drew has an amazing work ethic, sportsmanship, and gentlemen quality that will have him exceed in any task he puts his mind to. An asset to UNE’s Sports Academy, we cannot wait to see what goal he “chews down” next.

And a big shout out goes to the team at SportUNE and UNE Sports Academy for helping Drew achieve his goals at university!